A new study has shown that of the 20 million British motorists who bought their current car second hand, less than half of them carried out some of the most vital safety checks on their new vehicle before they parted with their cash and drove away.

Research released today by Kwik Fit, the UK’s leading automotive servicing and repair company, also reveals that many motorists compound this by waiting for at least six months to put their newly purchased car through a service.  Although 6.4 million drivers bought their used car privately, less than one million got their car serviced immediately after buying it.   More than three million waited more than six months before having it serviced while 1.7 million admit that in spite of intending to do so, they have not had their car serviced yet.

While 61% of used car buyers check over the bodywork of their prospective purchase, far fewer check the components which are crucial for safety.  Less than half (49%) examine the depth of tread on the tyres, only 46% check the effectiveness of the brakes,  while 44% check the lights.  The figure is even lower when considering the spare tyre – only just over a third (36%) check the condition of the spare tyre, or even that there is one.

Kwik-fit found that older drivers are more likely to be more cautious over a car purchase than younger ones.  Perhaps it’s the result of experience, but 62% of second hand car buyers between 65-74 check the tyre tread on the car, twice as many as those aged 18-24 (30%). 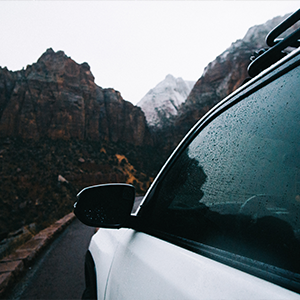 Roger Griggs, communications director at Kwik Fit, said: “Most of us are excited at the prospect of buying a car, but it would appear from this research that many drivers let their hearts rule their heads and forget to make some of the most obvious checks.  It may seem like common sense, but drivers should not rely on what the seller tells them about the condition of the car, but make sure that they look for themselves.

“If motorists are buying from a trade seller and the tyres need changing before they take ownership, we would advise buyers to insist on having new tyres fitted.  Some traders will fit part worn tyres when selling a car, but the provenance of these is not always known and they may not comply with safety standards.”

The concern is not only that drivers don’t make these checks before they buy their ‘new’ car, but that many motorists are not in the habit of making safety checks on a regular basis once they own the vehicle.

A third (36%) of drivers say they never check the pressure in their spare tyre, something which could cause problems if they ever have to rely on it after suffering a puncture.

Roger Griggs says: “Prevention is always better, and cheaper, than cure, so we would encourage car owners to get into the habit of making some regular simple checks.  If motorists are unsure what to look out for they can bring their car into any Kwik Fit centre and we will carry out a free health check for them and give some advice on the areas to keep an eye on.”