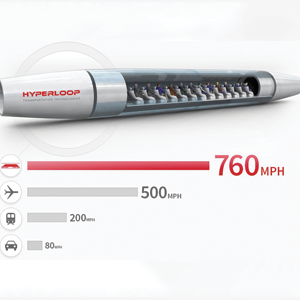 CEO of Hyperloop Transportation Technologies tells The Future of Materials Summit that the hyperloop challenge is not making new inventions or discoveries but bringing diverse technology together.

Speaking at the Future of Materials Summit today the CEO of Hyperloop Transportation Technologies, Dirk Alhborn, announced that the Hyperloop system will create an entirely new transportation system, cheaper and more sustainable than current forms of transport. Speaking at the inaugural Future of Materials Summit Alhborn also stated that unlike any metro system in the world it will be a profitable exercise.

Although Hyperloop will look at new ticketing technologies and other innovative systems, he expects that consumers could be using the transport at the same train stations they use today. He told the audience that we were just as likely to enter a new hyperloop station in Abu Dhabi as an old train station in the UK or US.

When asked about how soon we could expect to jump into a hyperloop system he said that the “science is not the problem” and that we already have “capsules being build… new tunnels being dug out”. The challenge is bringing everything together. Currently Hyperloop Transportation Technologies relies on professionals and academics throughout the world working ten hours a week, being paid in shares – expecting that the when the first journey takes place the share price will rocket.