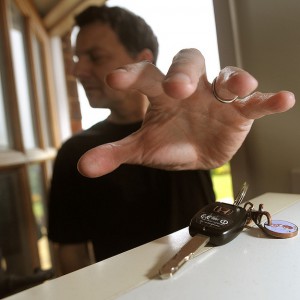 Cities in the north of England are the worst affected by car crime, shocking new statistics show.

After analysing 515,248 police records, consumer motoring champion HonestJohn.co.uk have revealed Manchester head up the league of shame, with Bradford, Leeds and Sheffield close behind.

With 505 offences per 10,000 registered vehicles between October 2011 and September 2012 in the city, Mancunians are a staggering four times more likely to suffer car crime than the average Englishman.

Even taking into account the higher levels of car crime in urban areas, the rate of reported offences is still 2.1 times the national ‘urban’ average of 242 offences per 10,000 vehicles.

The national average, as calculated by HonestJohn.co.uk, is 121 offences per 10,000 vehicles.

In the north-dominated league, London was the only southern city to breach the top ten, with a rate of 443 crimes per 10,000 vehicles.

The data reveals that 41% of all offences were based on theft from a vehicle, making it the most common type of car crime in the UK.

Criminal damage came second, with 40% of cars affected, followed by theft of a car at 16%.

Daniel Harrison, Editor of HonestJohn.co.uk, said: “This data is the first of its kind because it’s based on the actual police force records from across the UK.

“What it highlights is a shocking north-south divide, with London representing the only southern district listed in the top 10.

“We hope the HonestJohn.co.uk Car Crime Census will alert drivers to be more cautious when parking their cars in those areas that we now know are the most at risk.

“It will also help them, particularly first time buyers, to anticipate their insurance premiums.”

The HonestJohn.co.uk Car Crime Census 2013 allows motorists to find the car crime rate for their postcode, and even pinpoint their own street.

In addition to highlighting problem cars and manufacturers, motorist can see the type of crime that is most commonly committed in their area.