As GM Police Release Disturbing Video, More Than A Third Of Motorists (37%) Say They’ve Been Involved In Road Rage Incident 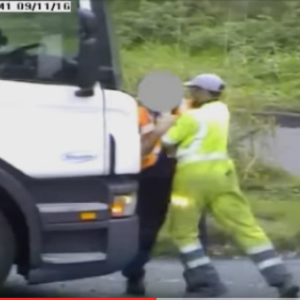 Police have released shocking CCTV footage of a “road rage” attack in which a lorry drivers’ cab was attacked by a fellow motorist armed with a spade.

The incident took place on the 9th of November on the M62 in Eccles, Greater Manchester after a collision between the two vehicles near the M60 junction.

Research from Confused.com shed lights on the growing problem of road rage that British drivers face, with more than a third of motorists (37%) saying they’ve been involved in an incident of road rage.

Worryingly, these incidents of road rage appear to be pushing many to boiling point as nearly a fifth (19%) of those who have been involved in a road rage incident say it led to a physical altercation with another road user. More than one in seven (15%) who have experienced road rage saying they have been involved in 10 incidents or more – suggesting that for many people, it might not be the road that’s making them angry, rather, they might just be angry.

The most common situations that send Brits into a road rage include people driving unnecessarily close to them (60%) and when others cut them up (60%). Drivers also get annoyed when another person tailgates them (55%) and when road users turn without indicating (54%).

“The footage release on the BBC today shocking to say the least, however the incident is perhaps not so surprising with more than a third of Brits having been involved in an incident of road rage. It is understandable that some situations on the road will invoke anger amongst drivers but getting angry behind the wheel could be putting both the driver and other road users at risk. Having a more tolerant approach could have its own rewards. The only way to make driving safe and more tolerable on our congested roads is to show each other patience and consideration. In fact, consideration is contagious, and once it’s shown to you, you are more likely to show it to someone else.”

You can watch the footage HERE