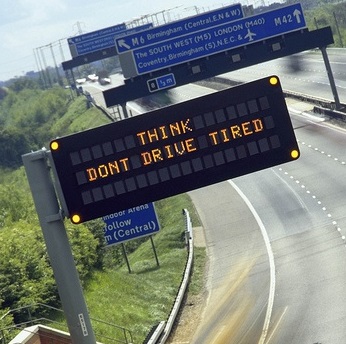 ALERT: Are you failing to concentrate?

Four in ten drivers are failing to concentrate when behind the wheel, a poll by the Institute of Advanced Motorists (IAM) has suggested.

Of respondents aged over 65, 73% claim they concentrate on the road all the time, while just 50% of drivers aged 18-24 admit they constantly concentrate.

Daydreaming (24%) was the most common reason for not concentrating, with stress (22%) close behind.

Simon Best, Chief Executive of the IAM, said: “Signs of not concentrating such as missed turnings or uncancelled indicator lights are commonplace.

“Simply not concentrating is a key cause of crashes yet it is not borne out in statistics because drivers rarely admit to it in police reports or on insurance forms.

“These results reconfirm stereotypes surrounding younger drivers and the ease with which they can be distracted away from staying safe.

“The key is to build up as wide a range of experiences as possible as you learn and to look upon your driving as a skill that needs continuous improvement.”