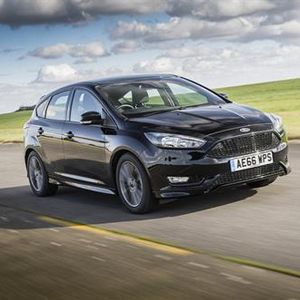 Ford maintained its sales leadership through the month of July, and for the first half of the year, heading total vehicle, car and commercial vehicle (CV) sales in the UK.

Highlights of the July sales figures issued today by the Society of Motor Manufacturers and Traders (SMMT) include:

As the all-new Ford Fiesta arrives in UK showrooms, the Ford Focus takes the top UK sales spot overall for the month of July, with the Ford Transit taking first, second and third in CV sales.

Andy Barratt, Ford of Britain chairman and managing director, said: “It’s been an excellent month for Ford in the UK with not only the Focus becoming the UK’s best-seller, but also the Dunton-developed Ford Transit remaining the nation’s favourite van range posting all three top spots for CVs sales this month.

“It’s a really exciting time for Ford in the UK with the new Ford Fiesta starting to arrive in showrooms and seeing its first registrations. It is our broadest Fiesta range yet, from the luxurious Fiesta Vignale to the Fiesta Active, and we’re really proud it has been receiving rave reviews from across the industry’s media.”

Industry CV sales saw a growth of 1.1 per cent in July to 24,766. Ford again topped the CV UK sales, Ford Transit Custom remained best-seller, with Ford Transit 2nd and the Ford Transit Connect 3rd. Ford achieved 8,366 CV sales with 31.9 per cent of the market share- 2.2 per cent above July 2016, and 19.3 per cent share ahead of the nearest rival.