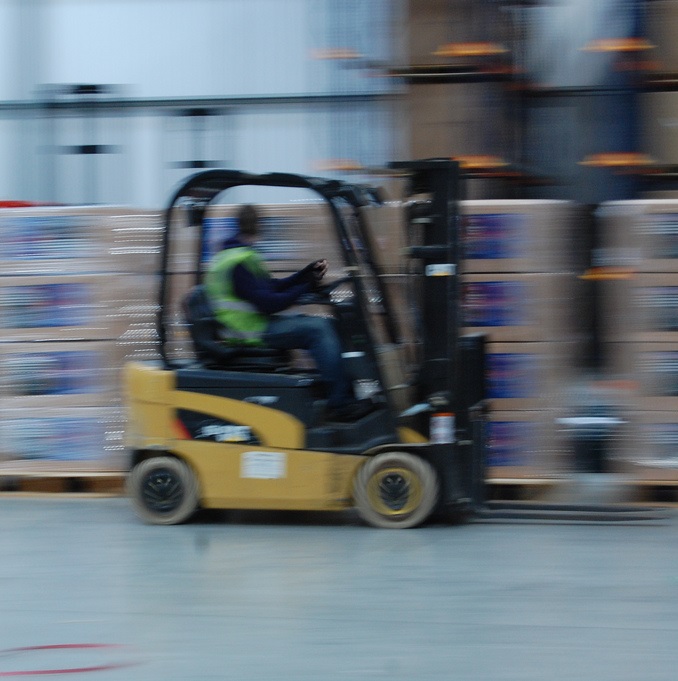 A sweet manufacturer has been fined £120,000 after a forklift truck pierced a worker’s foot, breaking every bone in its path.

Kevin Lowe, 48, suffered the life-changing injuries at Tangerine Confectionery, Blackpool, in September 2012, when the forklift’s prongs entered his foot’s instep and exited at the bridge.

He is now only able to walk short distances with the aid of a stick, with the injury ensuring he will never work or drive again.

Health and Safety Executive (HSE) investigators discovered the incident was one of three collisions in the same location at the factory within a three-month period.

“The fact that there were three collisions in just three months in the same spot shows this wasn’t just a one-off incident but something that was almost inevitable.”

Preston Crown Court were told Mr Lowe, from Blackpool, had been driving a ride-on pallet truck in a warehouse at Tangerine Confectionery’s Vicarage Lane plant.

He was manoeuvring the vehicle very close to the entrance because of a lack of space inside.

Mr Lowe was injured when another worker drove through the plastic strip curtains that hung down over the entrance, and the two vehicles collided.

He was rushed to Blackpool Victoria Hospital where surgeons initially thought they would have to amputate his foot.

Preston Crown Court were told the plastic curtains over the entrance were designed to keep out insects and birds, but they obscured the view of workers going into the warehouse.

The area had also been overcrowded with pallets from two other warehouses while maintenance work was being carried out, which restricted the space drivers had to operate vehicles and increased the flow of traffic.

Investigators heard Mr Lowe had also been involved in a collision at the same entrance a few weeks earlier, suffering minor bruising, and there was another collision a couple of days after the September incident.

On all of those occasions, restricted vision through the curtains was given as a cause by the drivers involved.

The company have since removed the plastic curtains and changed their systems so vehicles and pedestrians can move safely around the site.

Tangerine Confectionery Ltd were fined £120,000 and ordered to pay £9,538 in prosecution costs after pleading guilty to a breach of the Workplace (Health, Safety and Welfare) Regulations 1992.

Michael Mullen, Inspector at the HSE, said: “Mr Lowe has suffered a horrific injury that will affect him for life because Tangerine Confectionery failed to implement effective traffic management at its Vicarage Lane warehouse

“The company introduced physical hazards onto route ways without assessing their effects, and the result can best be described as chaotic.

“The fact that there were three collisions in just three months in the same spot shows this wasn’t just a one off incident but something that was almost inevitable.

“Employees had raised concerns about restricted vision when driving through the plastic curtains and the overcrowding in the area, but the management team ignored these concerns.

“The company has since made changes to the layout of the warehouse and systems of work including the installation of proximity alarms, clearly marked traffic routes, better supervision and a new dispatch system.

“If these had been in place at the time of the incident then the injuries suffered by Mr Lowe could have been avoided.”