The Evolution Of The Professional Driver 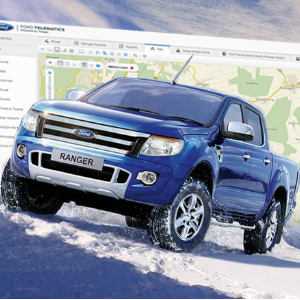 The life of a professional driver has changed dramatically over the last few years. Gone are the days of being cast off in virtual isolation on the road. Instead, drivers are now part of a hyper-connected organisation joined up by tech, and this is allowing managers and a network of drivers to be linked in totally new ways.

One man and his truck has turned into one man, his truck and his digital network. Almost every piece of driver activity can now be turned into data in real time and then optimised for the operation’s benefit. It’s saving vehicle-based businesses millions of pounds and completely changing how a driver operates in the cab.

But this hasn’t happened overnight. What are the steps that have got us here? And how does it affect the job role today? Here we look at the milestones that have changed the concept of a lone driver and how the driving experience has been turned on its head.

The first major development that connected drivers was the advent of basic telematics. It allowed managers to see where their drivers went, the miles they covered, and the fuel they spent. For the first time, drivers were now sent on jobs knowing that bits of information about their driving would be fed back to their managers.

Drivers responded by paying greater attention to the management of their vehicles, communicating with head office via traditional telephone systems to find the quickest route to get the job done.

The next step came when operators began demanding intelligent software which could provide greater insights through data aggregation and analytics.

With software-based services, managers were able to measure variables such as harsh braking, speeding and fuel consumption, with information collated and stored in the cloud for remote management. Relative to the size of each taskforce, the output was business critical data.

‘Mobile Enterprise Management’ software, or MEM, connects each member of the workforce more closely than was previously thought possible. In a fleet context, it allows vehicles and drivers to communicate and interact with data in real time, gaining insights from other parts of the network which can be applied to their own vehicle.

This information, sourced from thousands of lone drivers across the network, can also be fed into other separate parts of an organisation’s network. Whether it’s a small commercial operation or a sprawling international supply chain, mobile and the cloud can connect an entire organisation from the front line to the back end, helping businesses optimise their operations and drive ROI.

It is in this context therefore, that we are able to establish a new profile for the lone driver, combining traditional expertise with the new role as an enabler within the wider data ecosystem of an organisation

Drivers are a no longer a remote asset once they leave the conventional four walls of the enterprise. They are now an extension of that enterprise, creating a constant stream of data and interactions which are fed back to their organisation’s operations team via a cloud-based platform, ensuring all aspects of the network are optimised.

This means that in the modern era, lone drivers are more important than ever before. They are responsible for creating a vast amount of this data, whether that be through logging their commercial hours, carrying out their Driver-Vehicle Inspection Report or simply driving their vehicle, generating performance data.

As technological innovation continues apace, the adoption of autonomous vehicles looks likely to represent the next major change in field operations, with some critics citing this development as the beginning of the end for drivers.

On the contrary, drivers have demonstrated their ability to adapt to technological change on many occasions already, and their longevity won’t end here. With their increased importance in the data ecosystem, the profile of the lone driver may yet change. But they will still be important as ever.