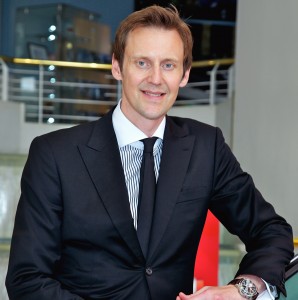 Duncan Aldred, Chairman and Managing Director of Vauxhall Motors, is to leave his current post next month.

Mr Aldred, who is also CEO of Opel Ireland, will take up the position of US Vice-President for Sales, Service and Marketing at Buick-GMC, based in Detroit, USA.

He assumes his new role on March 1.

Mr Aldred joined Vauxhall as an undergraduate in 1990, and worked in various roles including Retail Sales Director before his current post.

He has also worked as Director of Sales, Marketing and Aftersales for GM’s South-East Europe region and Sales Operations Director of GM Europe.

A successor is yet to be announced.