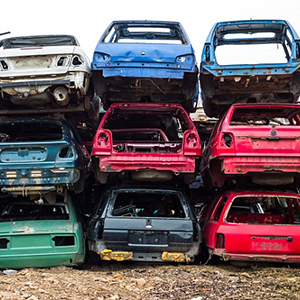 The UK has set a target to eliminate the sale of petrol and diesel cars because of their harmful emissions to the environment by 2040. As a result, many manufacturers, and the government, have proposed and launched diesel scrappage schemes to encourage drivers to trade in their cars for a cleaner one — but is there an alternative available for businesses and commercial drivers? Northgate Vehicle Hire, specialists in van contract hire, discuss.

The government have committed to improving the UK’s air quality by the year 2040 – currently, 86% of all diesel vehicles on the British market failed to meet to official limit on the roads and 15% producing at least eight times more NOx emissions. The UK’s capital, London, is said to be the most polluted area in the country, with up to 40,000 premature deaths a year supposedly linked to the poor air quality. In a bid to reduce the level of harmful emissions that are being emitted into the air, the government have additional plans in place to improve air quality, other than the banning the sale of petrol and diesel cars.

Clean air zones are one way which that plan to both clean up the air quality in some of the UK’s most polluted cities and regions, whilst also encouraging drivers to swap their vehicles for a new, cleaner model in a bid to avoid penalty charges, and limit their road access in city centres. Oxford is just one of the cities who will implement clean air zones in the near future – they plan to be the world’s first zero-emission city in the world by 2020. The city centre will be limited to just zero emission vehicles or ultra-low emission vehicles, with any other vehicles charged penalties for driving in the zone. Leeds, Southampton and Derby amongst other cities who will trial clean air zones in their city centres.

One of the biggest contributing factors to the UK’s poor air pollution is the Euro 4 engine emissions – it is these vehicles which are being encouraged to be traded in under diesel scrappage schemes and upgraded for new, cleaner vehicles because of their high level of nitrogen oxide emissions. The Euro 4 was implemented to all new registrations from 1 January 2006, following its new approval implementation from 1 January 2005.

Whilst when they were introduced, the Euro 4 emissions standards were acceptable limits – this was because they emitted a significantly lower level of carbon dioxide, and regulators were not aware of the harmful effects of nitrogen oxide.

Despite a delay on the government’s diesel scrappage scheme, which has been attributed to high costs and investment, the Prime Minister still insists that there will be a scrappage scheme introduced. The previous scrappage scheme cost the government around £300 million when they attempted to reduce the country’s CO2 output – and it is since then that nitrogen oxide levels have become apparent. Which could be why the UK has still not hit their previous clean air targets.

Ford, Renault and VW are amongst the manufacturers who have introduced their own commercial vehicle scrappage schemes – however, many schemes do have a time limit on the potential savings, but the savings both short-term and long-term could be worth it. Savings differ per manufacturer but you could save anywhere between £2,000 and £7,000 under one of the schemes.

Looking to the future, the savings may continue – an ultra-low emission vehicle or zero emission vehicle could eliminate you from future penalties in clean air zones across the city. As a business, you may require your drivers to drive through city centres on a daily basis, if you have a clean fleet, you could avoid toxin charges for driving in the areas. Generally, diesel scrappage schemes appear to a positive incentive to exchange older vehicles for lower emission vehicles. But with the government still stumbling at the starting line, will they get rolled out across the country on a larger scale?

For now, manufacturers are your go to men! Discover their incentives and see how much you could save!