Deadly pile-up crashes ‘could be history’ by 2030 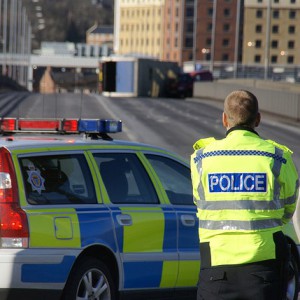 Thursday’s crash on the Isle of Sheppey crossing saw dozens injured in the 130-car smash but, miraculously, nobody was killed.

Peter Shaw, Chief Executive of Thatcham Research, said: “Our thoughts go out to all those injured or traumatised by this terrible crash.

“We know all too well the effects of such collisions, and ultimately, it is the aim of all those in the insurance and vehicle design sectors to make death or injury on the roads a thing of the past.

“In recent years great strides have been made by vehicle manufacturers in making stronger, safer cars.”

Thatcham have been researching and testing AEB systems for insurers for three years and have already undertaken an in-depth study of crashes and their causation factors.

A number of major vehicle manufacturers are already providing AEB technologies on their vehicles.

They are so effective that international safety body Euro NCAP will incorporate the test as part of their overall vehicle safety standard in 2014.

“The evidence from our testing is undeniable and combined with a growing body of real world research and evidence we firmly believe that AEB and other Advanced Driver Assist Systems have a critical role to play in avoiding both common low-speed shunts that can cause injuries such as whiplash, and mitigating some of the horrendous injuries and fatalities that we see as result of higher speed pile-ups,” added Mr Shaw.

“Currently, some 20% of new cars in the UK have an AEB system available and if that rate of development continues we would hope that, by 2030, multiple-vehicle collisions could be history.”