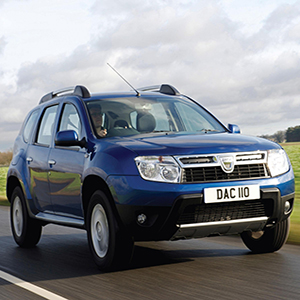 LANDMARK: One million not out for Duster

Dacia are celebrating the production of the millionth Duster.

The landmark, reached just four years after first release, was reached at Renault’s plant in Curitiba, Brazil, with the car delivered to a customer in the same country.

One of the driving forces behind the Renault Group’s growth plan, the Duster is also the company’s best-selling model worldwide.

It is currently marketed in more than 100 countries and made in five factories across the world.

“With Renault branding, it perfectly meets the demands of our international customers and is contributing to Renault’s expansion in emerging markets.

“At the same time, the Dacia-badged version sold in Europe and our Mediterranean Basin markets has succeeded in attracting a new clientele to the brand thanks to the styling and genuine all-terrain capability it delivers for an affordable price.

“Duster is definitely a model that is winning us new customers.”