Cut-laden councils to ignore drivers and plunge millions into darkness 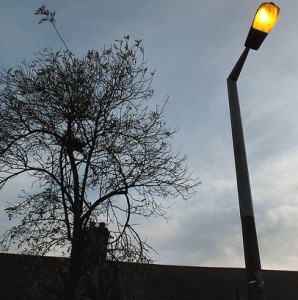 DARKNESS: Many streetlights off due to cuts

Money-saving councils are set to defy motorists’ concerns and plunge thousands of UK roads into dangerous darkness again this winter, it has been revealed.

A study by Halfords has found 68% of drivers opposed last year’s switch-off, with 47% expressing safety concerns about being able to see clearly.

A further 41% worried about being seen by other drivers or had already experienced difficulty reading road signs, while 25% said they tired more quickly.

Dave Poulter, Auto Category Director at Halfords, said: “As the nights draw in, drivers will begin to notice hundreds more miles of unlit road between the hours of midnight and 5am.

“In order to see and be seen, it is vitally important that every motorist ensures the lights on their vehicle are working properly and we are here to help them.”

Councils claim their actions have not led to an increase in accidents or crime and lights have been switched-off following consultations with safety authorities and communities.

However, insurance figures show that while only a quarter of drivers are on the road between 7pm and 8am, 40% of crashes occur between these hours.

Tellingly, the highest number of accidents occur in the weeks following the clocks changing.

A study by Halfords 12months ago found 73% of councils in England and Wales had switched-off and dimmed lights; in 2010, the figure was 43%.

Image courtesy of Alan Stanton, with thanks.