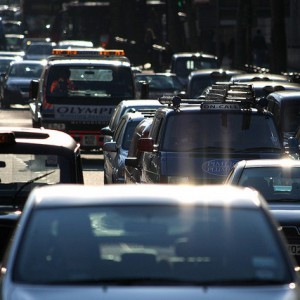 More than £24million of government funding is being pledged to solving congestion issues in Leeds and Birmingham.

Major maintenance work keeping traffic moving in Leeds is being supported by £16million of government money, with a further £8.3million dedicated to tackling Birmingham.

Leeds’ Inner Relief Road will now undergo the third and final part of a major scheme, with essential maintenance to three large highway structures on the A58M.

Work has already been completed on the New York Road Viaduct and Lovell Park Road Bridge, with only the Woodhouse Tunnel left to maintain.

Transport Minister Baroness Kramer said: “This scheme will keep Leeds moving, boosting the economy of the city and surrounding area by allowing a vital road to remain open to traffic while a long term solution to local traffic issues is drawn up and delivered.

“The £16million we are putting into this project shows that the government is serious about investing in the infrastructure the country needs to drive economic growth both locally and nationally.”

The remaining works to the Woodhouse Tunnel are scheduled to start later this month with completion in March 2016.

Meanwhile, work can also start on vital improvements to the road layout of the A452 Chester Road, Birmingham.

Work is needed to tackle congestion, improve traffic flow and improve conditions for pedestrians and cyclists.

“As well as relieving congestion the scheme will also help the city retain existing businesses and encouraging future investment and regeneration in the area.”

Work can now start on the construction with the project scheduled to complete in spring 2015.