Colliding drivers more honest than ever before, AXA claims show 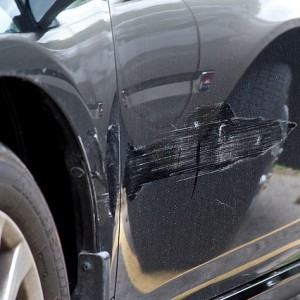 BUMP: More drivers confessing than ever

Motorists are more likely to confess to striking a parked car now than ever before, AXA’s new Honesty Barometer has found.

Figures show the proportion of drivers coming forward after hitting a stationary vehicle rather than driving off is at an all-time high.

AXA car insurance analysed more than 30,000 claims between 2010 and 2012, with more than 80% of guilty motorists owning up to the collision.

With four-fifths making themselves known to the victim and providing their insurance details, the proportion of third-party unknown cases has fallen by 16%.

AXA said the figure highlights that an increasing number of motorists are willing to do the right thing.

Amanda Edwards, of AXA, said: “This data is remarkable.

“While we tend to hear horror stories of fraudsters causing deliberate accidents or faking injuries to receive a payout, the Honesty Barometer proves what we’ve always believed: that the vast majority of drivers are honest and trustworthy.

“The data highlights that not only do eight out of ten of us do the right thing and come forward after hitting a parked car, but that this proportion is on the increase.

“It’s reassuring to see that despite facing rising costs, UK motorists are keeping their integrity.”

According to the data, the average crash involving a parked car causes £762.89 worth of damage, although AXA received claims as high as £16,500.

Examination of 2012 figures shows that motorists were most likely to hit a parked car on a Friday, with 1,477 instances in 2012.

Matt Bender, whose car was hit by another vehicle while parked outside his friend’s house, said: “You hear all sorts of horror stories about people hitting a car and then driving off without leaving a note, so when I saw that my car had been dented, I feared the worst.

“When I came closer though, I saw that the driver had written a really apologetic note, along with her insurance details and a contact number.

“It’s reassuring to know that there are still honest drivers out there that will leave their details.”

AXA are one of the largest general insurers in the UK, underwriting a broad range of products for individuals and businesses.

Image courtesy of spaceamoeba, with thanks.