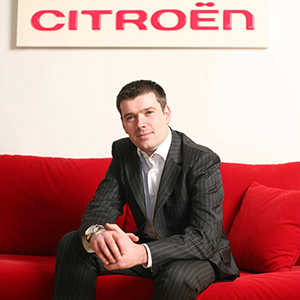 Arnaud Leclerc has been appointed Managing Director of Citroen UK and Ireland.

Mr Leclerc, who will assume his new role on June 1, was previously responsible for the Citroen brand in Denmark, Norway and Sweden, holding the role of Managing Director of Citroen Scandinavia since July 2011.

He also held a number of key roles earlier in his career, including Managing Director of Citroen Croatia and Regional Co-ordinator for the Citroen brand in Europe.

Mr Arnaud started his career in the motor industry in 1997 and joined PSA Peugeot Citroen in March 2001.

“I am delighted to take up this new position following Linda Jackson’s promotion as CEO of the Citroen brand,” he said.

“This is a very exciting time for the brand globally and Citroen has already achieved real success in the UK.

“I look forward to playing my part in this continuing success story as we work to implement the ‘Back in the Race’ strategy across the PSA Group.”