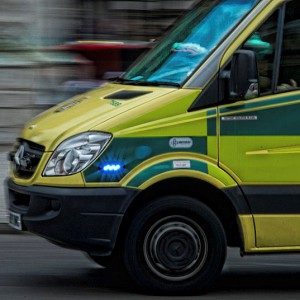 The deal is the first major ambulance order for Manchester-based Cartwright, who have recently been accredited as an approved manufacturer to supply ambulances to the NHS.

Every NHS Trust has a different specification and requirement for their ambulances, meaning the entire design from Cartwright is bespoke.

The new order is for front-line A&E ambulances, based upon a Mercedes Sprinter 4.6tonne super-single van option.

Such a vehicle changes the rear axle from a twin wheel rear axle to a single wheel, allowing more space inside the ambulance.

The conversion allows provision inside for two crew members, one stretchered patient and up to two additional seated patients or passengers.

Wes Linton, Blue Light Development Engineer at Cartwright, said: “We believe that the Yorkshire Ambulance Service was attracted by the Cartwright brand as well as its reputation as an established manufacturer, together with offering a competitive price.

“We currently produce 80 to 100 units per week and our objective is to be a leading high volume manufacturer in the ambulance sector with European Whole Vehicle Type Approval within the next 18months.”

When specified to NHS fleet specification, the base vehicle weighs in at 2565kg unladen.

This provides an unprecedented 880kg of payload for Yorkshire Ambulance Service.

The design of the ambulances has been implemented using the company’s new Solid Works 3D design software package.

Cartwright’s engineers had to effectively integrate what was traditionally a five-tonne box body into a smaller van conversion.

The design also involved work on the aerodynamics on the exterior of the ambulance, to include aerodynamic light pods to the front and rear.

Cartwright have actually integrated the traditional blue light equipment into an aerodynamics package, resulting in improved fuel economy and a carbon footprint reduction.

Image courtesy of I.bailey_beverley, with thanks.