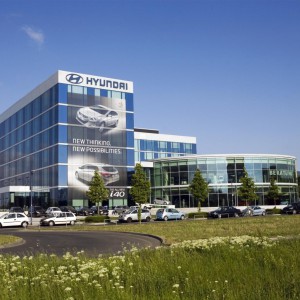 Loyalty and customer retention will drive Hyundai’s future growth in Europe, according to the manufacturer’s Vice-President and COO Allan Rushforth.

Mr Rushforth told headlineauto that conquest sales will continue to play a part, but on nothing like the scale experienced since 2009.

Four years ago, the scrappage introduced in many countries following the banking crisis drove thousands of new buyers into Hyundai’s clutches.

Despite this, Rushforth expects 2013 to be a ‘plateau year’ in which the company simply maintains market share.

From 2014 Hyundai will expect to start growing again, however, and an increase in brand loyalty is seen as a key way of achieving that.

Mark Hall, European Marketing Vice-President of Hyundai, said: “We are currently above the industry average for customer retention, but if we could increase that by only 5% it would mean 34,000 additional sales a year.”

An improvement in ‘unaided brand awareness’ – the number of people who recognise Hyundai as a car manufacturer without being prompted – is another major target.

“The market average is almost double that figure.

“The greater the brand awareness, the more customers are prepared to pay.”

Hyundai also plan to exploit their re-entry into the World Rally Championship next year by developing cars with more European driving qualities at their new Nurburgring R&D centre.

“There is a lot to come from our WRC re-entry,” said Rushforth.

“This is the first manufacturer-owned operation by us in the WRC.

“Since we introduced the i30 in 2008 as the first car to be produced at our Czech factory we have launched 15 new models or derivatives.

“We are now starting what I call our second phase, which will run over the next five years, with new products sourced and made in Europe.”