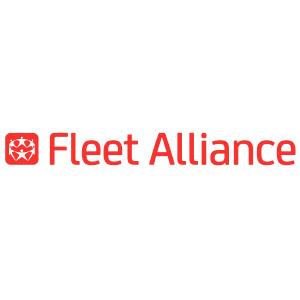 Fleet Alliance has seen carbon emissions fall to an all-time low of 115g/km per vehicle for all new cars ordered in the last six months, as corporate buyers increasingly turn to green models for tax and environmental reasons.

Over the last four years, carbon emissions have continued to decline steadily across the Fleet Alliance fleet of 25,000 vehicles, dropping from an average of 123g/km in 2014 to 115g/km now, a fall of 6.5%.

At the top end of the scale, just 5% of the fleet has carbon emissions of greater than 160g/km, reflecting how the market has changed in recent years as corporate buyers look to choose less polluting models.

The greenest car on the Fleet Alliance fleet in 2017 with emissions of just 40.6g/km is the Volkswagen Golf 1.4TSI GTE 5door DSG. The Golf plug-in hybrid has a maximum electric range of around 31 miles and attracts a £2,500 plug-in grant, rather than the £4,500 for pure electric cars.

Following closely behind the Golf, with average CO2 emissions of just 41g/km is the Mitsubishi Outlander PHEV petrol-electric hybrid, the UK’s most popular ULEV (ultra-low emission vehicle). Some 26,000 Outlanders had been sold by the end of 2016.

The next model in the Fleet Alliance green chart is the BMW 530e petrol-electric hybrid which has CO2 emissions of just 46g/km, putting it into Car Tax Band A and a 9% BIK Rate for 2017/18.

In fourth place is stable-mate the BMW 2 Series Active Tourer plug-in hybrid, which has an official fuel-only consumption of 53mpg and a pure electric driving range of 25 miles.

In the next category on the fleet, 75-100g/km, are a variety of different models which again strongly feature plug-in hybrids including the Porsche Cayenne E-hybrid, BMW X5 xDrive 40e, Hyundai Ioniq, Toyota Auris and Mercedes Benz GLE.

During the last 12-18 months, Fleet Alliance has been continually advising fleet clients of the importance of setting fleet policies that encourage the take-up of low carbon-emitting cars to capitalise on savings in tax, National Insurance and fuel costs.

To reinforce the message, the company has also introduced a number of new green initiatives including an EV awareness programme, which included adding two new examples of the world’s best-selling electric vehicle, the Nissan Leaf, to the Fleet Alliance fleet for testing and review purposes, plus recharging stations in its corporate car park.

Fleet Alliance Managing Director, Martin Brown, commented: “Carbon emissions are falling across our entire fleet and by June 30 they had fallen to an average of 115g/km, the lowest we have seen so far.

“We expect this to fall still further in the second half of the year as more clients switch to greener cars, not only to cut their carbon footprints but to reduce their tax and fuel bills, too.

“We are seeing many more new green models, especially plug-in hybrids, coming through from the vehicle manufacturers with ever-lower carbon emissions across all popular model ranges.

“The fact that the many of the cleanest models on our fleet are now hybrids is in line with the national trend which has seen the uptake of hybrid vehicles grow at a rapid rate in the last 12-18 months,” he said.

Mr Brown continued: “In terms of the volume sellers, Audi still remains desirable for user-choosers with their low carbon emissions and small tax charges, and the A1, A3 and A4 remain popular choices.

“The Vauxhall Astra is another popular model which is just outside our top 10 cleanest car chart with average CO2 emissions of just 93g/km, which indicates the strides the mainstream manufacturers have made in reducing emissions across their model ranges.”