The All New McLaren 570S Spider 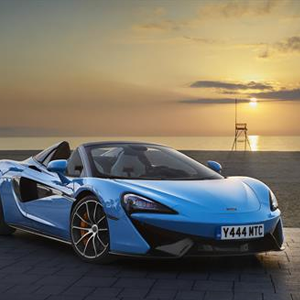 A full suite of previously unpublished images of the new McLaren 570S Spider and B-Roll to accompany is now available for editorial use.

The images and footage, which were shot on location in Spain, showcase the new McLaren Spider in its three new launch colours; Curacao Blue, Sicilian Yellow and Vega Blue.

Available to order now from more than 80 McLaren retailers worldwide, the new 570S Spider – which made its global public debut at the Goodwood Festival of Speed at the end of June – is hand-assembled at the McLaren Production Centre in Woking, England.