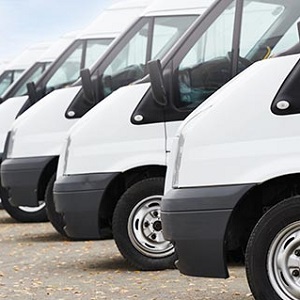 The extent of British consumers’ reliance on commercial vehicles (CVs) was revealed today by new research published by the Society of Motor Manufacturers and Traders (SMMT). Responding to a YouGov survey commissioned by the trade body, almost nine in 10 people (88%) said they believed their life would be negatively impacted if their use of at least one CV-driven service such as rubbish collection, bus services and online deliveries was restricted.

The survey, published as the CV Show 2018 opened its doors at the NEC in Birmingham, shows 46% of respondents directly benefitted from a commercial vehicle in the last 24 hours. Receiving post and online deliveries were the most popular daily uses, while 79% said they benefit from CVs at least once a week, with rubbish collection the most commonly recognised weekly use. Regularly travelling by bus or minibus and taking a taxi were other popular ways to use commercial vehicles.

Commercial vehicles play an essential part in our daily lives – and in driving our economy. From the 1.8 million sole traders who depend on their vans for their livelihoods, to the 17,228 ambulances that carry some 5 million people to A&E each year, Britain’s CVs are responsible for keeping the country running. Over 96% are powered by diesel and the latest low emission Euro VI models are delivering real world improvements in emissions in towns and cities across the UK. Utility and delivery vans and trucks together move three times more goods than water and rail combined – contributing some £27.5 billion to the UK economy.

Although commercial vehicles’ role in society is often overlooked, when asked to think about their day-to-day activities and told about those that require the use of commercial vehicles (such as catching a bus and receiving online groceries), 84% of respondents recognised the importance of them. Further, when presented with a list of situations, nearly nine in 10 (88%) said that reduced or restricted services from commercial vehicles would significantly affect the quality of their life. Less frequent rubbish collection was seen as having the most significant impact, with nearly seven in 10 (67%) stating this would negatively affect them. Meanwhile, nearly four in 10 (38%) said that less frequent bus services would impact their life, and almost a third (32%) said the same about the idea of increased time to receive online deliveries.

As well as delivering essential services, Britain’s commercial vehicle fleet is increasingly serving growing demand for online purchasing. The UK is now the EU’s biggest online retail sector, with consumers here buying some £67.3 billion worth of goods and services online in 2017, and online sales are forecast to have made up 17.6% of all retail sales last year. Commercial vehicles transport some 1.9 billion tonnes of goods across the UK every year – including medicines, clothing and groceries.

“There are 5 million commercial vehicles on Britain’s roads and they play a vital role in powering our essential services. Britain’s CVs are the backbone of our economy, and manufacturers invest heavily in technology, with the latest CVs on our roads today the cleanest, safest and most advanced in history. For the sector to grow and continue to drive investment and jobs, government must maintain the right economic conditions, and help promote fleet renewal through the right policies and incentives.”