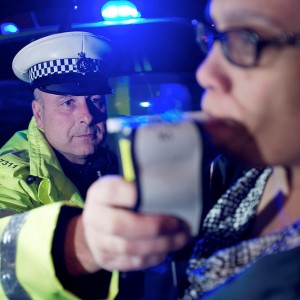 Motorists should commit to staying stone-cold sober if driving home from Christmas festivities, Brake have urged.

The road safety charity are advising drivers to plan to get home by taxi or public transport if they do consume alcohol, to prevent potentially devastating casualties.

Julie Townsend, Deputy Chief Executive of Brake, said: “As a charity that supports bereaved and injured road crash victims, we witness the suffering that drink and drug driving inflict, and appeal to everyone to help put a stop to it.

“Drink and drug driving deaths and injuries are cruel and needless, ending and ruining lives and leaving behind traumatised families to pick up the pieces.

“If you’re driving home from celebrations this festive season, especially if you’re a designated driver, it’s vital you take your responsibility for people’s safety seriously.

“It’s a proven fact that even small amounts of alcohol or drugs inflate your risk of crashing.

“So even if you feel okay after a drink, the reality is that if you get behind the wheel you’re putting yourself and others in needless danger.”

In 2012, 280 people were killed and 1,210 seriously injured in crashes involving someone over the limit, while drug driving is estimated to cause 200 deaths each year.

It is estimated a further 65 deaths are caused annually by drivers who have been drinking but are under the limit.

Brake are also renewing calls for a zero-tolerance drink-drive limit, of 20mg alcohol per 100ml blood, in line with evidence that even one drink increases crash risk.

The current limit is 80mg, but Scotland and Northern Ireland have announced plans to lower their limits to 50mg.

“We have the highest drink-drive limit in Europe, sending out the dreadful message that a drink or two before driving is acceptable,” added Ms Townsend.

“The evidence shows that tougher laws and enforcement would help prevent casualties.”