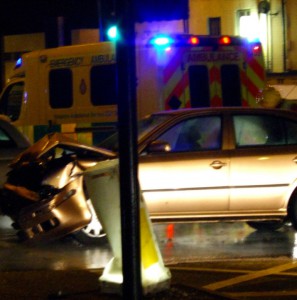 Haphazard Seat, Kia and Mini drivers are the most likely to make a claim for an ‘at fault’ accident on their car insurance, figures show.

Research by MoneySupermarket found Seat drivers made 94.1 claims per 1,000 drivers, with Kia and Mini close behind with 91.2 and 89.9 respectively.

Subaru drivers, meanwhile, have seemingly shaken off the ‘boy racer’ tag, by becoming the least likely to make a claim – with 62.9 per 1,000 drivers.

Smart and Fiat drivers followed in the safer driver stakes, with 63.1 and 66.6 claims per 1,000 drivers respectively.

The study also showed Subaru drivers are more likely to be in their thirties and forties and insuring the popular Impreza model.

Peter Harrison, Car Insurance Expert at MoneySupermarket, said: “The Subaru is shedding its image of a car for pure petrol heads, and is actually being driven by older, safer drivers instead of the ‘drive it like they stole it’ younger motoring generation.

“Interestingly though, the fact that Subaru drivers are least likely to make a claim, doesn’t directly translate into them paying the cheapest premiums.

“While claims are one factor insurers take into account when setting premium prices, other factors also play a part.

“These include the engine size, the number of miles you clock up, where you park, and your profession amongst other things.

“Smaller cars are generally cheaper to insure as the cost of repairs and parts are likely to be lower than those on more premium models.

“If you want to pay less for car insurance, it is worth considering these factors when choosing your motor as this will help reduce the overall cost of running a car.”

The research also showed the Ford S Max, Volvo XC90 and Mazda5 were the three cars most likely to see a claim.

Mr Harrison added: “Being involved in a motor accident, however severe and whether you are at fault or not, can be a very traumatic and costly experience.

“Claiming for either an ‘at fault’ or ‘not at fault’ accident will have an impact on the cost of your car insurance premiums.

“Our research shows the average claim value for an ‘at fault’ accident is £3,025, and these types of claims represent more than half of all those registered on the site.

“Whether you own a Subaru or a Seat, it is worth remembering that car insurance prices vary considerably, so it is important to shop around and get the best deal that meets your requirement.”

“Living in a commuter town like Watford or Hemel Hempstead will have an impact on the level of the car insurance premium you will pay,” added Mr Harrison.

“Heavily congested areas, particularly around key commuter routes such as Greater London mean statistically you are more likely to make a claim.

“Regardless of whether motorists are making the most of an open motorway, or are bumper to bumper on the daily commute, they should always be vigilant of their own driving and that of those around them.

“Even if an accident isn’t your fault, and you make a claim on another driver’s insurance policy, your own premiums can still go up.

“All accidents you are involved in must be reported to your insurer, whether or not they were caused by you.

“If you’ve recently been involved in an accident, your provider will assess you as being more likely to be in an accident in the future and will push up your premiums at renewal, making it  essential to shop around for a better deal at renewal time.”