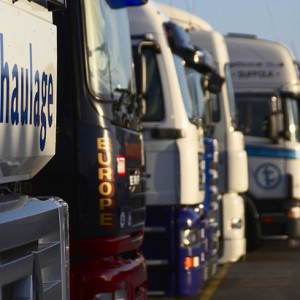 MPs have raised concerns the Vehicle and Operator Services Agency (VOSA) are too focussed on smaller operators who are more often non-compliant, but on the road less.

In a new report, they claim VOSA are not paying sufficient attention to the safety standards of big haulage firms, who cover more miles.

MPs also claimed the pace at which VOSA are introducing vehicle testing sites owned by the private sector could undermine the safety of HGVs.

Since 2010, VOSA have sought gradually to replace their own testing sites with privately-owned Authorised Testing Facilities (ATFs).

The Committee broadly welcomed VOSA’s approach to this transition but raised concerns over the pace of change.

In particular, MPs questioned VOSA’s ability to provide testing staff to new ATFs and how they can ensure smaller operators have access to ATFs.

Louise Ellman MP, Chair of the Transport Select Committee, said: “We believe that VOSA’s road safety record is testament to the high standards of VOSA’s staff.

“We would not like to see this jeopardised by expanding the use of private ATFs too quickly.

“We are not persuaded that testing staff should be employed directly by Authorised Testing Facilities but VOSA has an obligation to provide staff at the right places at the right times for the industry.

“VOSA should also bear in mind that a testing market that rests exclusively on ATFs may not be in the best interests of business generally and the small operator in particular.”

However, they also expressed concern at the number of drivers’ hours and tachograph offences that are being detected.

The Committee said they support proposals to make the prosecution of drivers’ hours offenders easier.

VOSA’s relationship with the Traffic Commissioners, who rely on VOSA staff to monitor vehicle maintenance standards and bus services, was also flagged by the report.

In 2011, VOSA moved away from actively monitoring punctuality towards working with operators and local transport authorities on improving policy and processes.

Outside London, the only source of reliable data on punctuality is held by operators, the inquiry heard.

However, they also discovered there is often a reluctance to make this available to the Traffic Commissioners.

The report recommends the government should step in, if necessary, to ensure the Traffic Commissioners’ have access to this information.

The Committee recommended the government look at whether the Traffic Commissioners should have their own staff independent of VOSA.

Louise Ellman MP added: “We were particularly concerned that problems relating to enforcement and resources which were raised by the Traffic Commissioners are not being properly addressed by VOSA.

“This points to communications problems which should not exist if the right structures are put in place.”

The HGV Road User Levy Act provides for the introduction of an HGV road user levy from April 2014 to charge foreign hauliers to use UK roads.

MPs expect the levy to be implemented with wider enforcement concerns in mind; for example, using it to monitor overseas vehicles in the UK more effectively.

The Committee added they are concerned that enforcing the levy will impact on VOSA’s other enforcement activities.

They have therefore asked the government to examine the case for using the proceeds of the levy to fund its enforcement and provide additional staff.

The Road Haulage Association (RHA) said they have noted the Transport Committee report ‘with interest’.

Jack Semple, Director of Policy at the RHA, said: “We welcome the emphasis on tackling serious offenders, especially those who falsify tachograph records, and we sincerely hope that the police will be able to provide the support VOSA needs.

“Hopefully, the report will give added impetus to discussions between VOSA and ACPO.

“It is good to see the positive emphasis placed on the potential for the DfT-chaired Compliance Forum, which was first proposed by the Road Haulage Association.

“It was established last September and we note the committee’s view that ‘the Forum’s effectiveness remains unclear’.

“We agree with the committee that VOSA may have an over-reliance on OCRS; our concern in that area relates to all serious offenders, including foreign hauliers and UK firms, regardless of size.”

However, the RHA said they disagree with the rate of development of ATFs being judged too rapid.

“We are disappointed that the MPs reject the case for ending VOSA’s monopoly on testing,” added Mr Semple.

“In particular, we note that the report fails to address a central point made by the RHA, that safety inspections are being carried out either by operators themselves or a maintenance provider, at least four, and very often eight times a year, which must be fully documented.

“It is a very short step to allow those who are maintaining and inspecting their vehicles to a high standard to perform the EU-mandated annual test.

“VOSA staff would be much better employed regulating the testing system than carrying out the tests.”