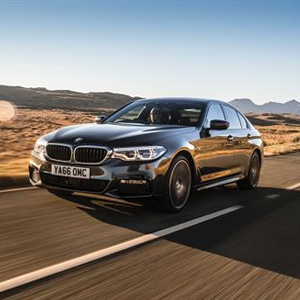 The new BMW X3 has received top scores in the Euro NCAP crash test. The third generation SAV secured all five stars and passed with flying colours in each category.

According to the report, the protection of adult occupants travelling within the vehicle was rated 93 per cent. Euro NCAP experts, commented: “The passenger compartment of the X3 remained stable in the frontal offset test. BMW showed that a similar level of protection would be provided to occupants of different sizes and to those sat in different positions.”

For the protection of children on-board the BMW X3, the testers provided a rating of 84 per cent and the pedestrian protection was rated at 70 per cent.

The BMW X3 thrived during the testing at low speeds and thanks to the City Braking function and at higher speeds, the systems contributed to a noticeably reduced impact speed and were able to significantly mitigate the consequences of accidents.

As of spring 2018, extensive additions and improvements will be made to enhance the efficiency of diesel models across the BMW range. Already standard on many models, BMW BluePerformance technology including an SCR (Selective Catalytic Reduction) catalytic converter with AdBlue injection for diesel engines will now be added to all BMW 1 Series, BMW 2 Series, BMW 3 Series and BMW 4 Series models.

With the exception of the BMW X1xDrive25d, all BMW diesel engines will have this latest technology.

From March 2018, Remote Services will be standard on all BMW models. This is made possible by an upgrade of the functions provided by the standard BMW ConnectedDrive services. This means that the driver will not only able to locate the position of the vehicle as well as information on fuel consumption and further vehicle status details displayed on a Smartphone, but also be able to activate headlight flasher, ventilation and locking and unlocking of doors.

Moreover, the range of functions for the BMW ConnectedDrive Concierge Service has also been extended. As from March 2018, the personal assistant, which offers help with information and support during the journey at the press of a button, will even be able to reserve admission tickets for selected cinemas.

The BMW 5 Series Saloon has been recognised once again-winning the ‘Best Executive Car’ category, alongside the BMW 5 Series Touring which was named ‘Best Estate Car’ at the recent UK Car of the Year Awards. Evaluated and compared by a well-respected panel of UK journalists, these titles add another impressive UK accolade to the BMW 5 Series’ growing collection of international honours.

The multi-award winning saloon impressed judges with its refinement, cutting-edge technology and build quality. Commenting on the win, Alex Grant, UK COTY judge, said: “The 5 Series impresses not only for its cutting-edge connected, electrified and partially-autonomous technology, but because the car underneath does everything so brilliantly.”

The 5 Series Touring was commended for it flexibility, practicality and driving dynamics. Nargess Shahmanesh Banks, UK COTY judge, said: “BMW has mastered the art of designing and engineering the perfect estate car replete with intelligent technology.”

These awards allow the BMW 5 Series to automatically be shortlisted for the overall UK Car of the Year award, the winner of which will be announced on 23rd February 2018. The news also comes after the BMW 5 Series was voted ‘Best Used Car’ by What Car? Magazine, ‘Executive Car of the Year’ by Association of Scottish Motoring Writers (ASMW) and ‘Best Large Executive’ by CarBuyer.