Auto Trader Reveals The Most Popular Cars of 2015 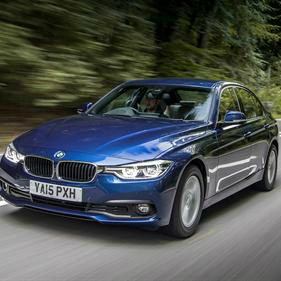 The BMW 3 Series was the most searched for car in the UK last year, according to Auto Trader – the UK’s largest online marketplace for new and used cars.

Closely followed by the Volkswagen Golf, UK car buyers searched for the BMW 3 Series more than any other car in 2015. The BMW model also topped most regional tables across the UK, including London and Manchester.

With an average of 43 million cross-platform visits to the marketplace, Auto Trader’s most searched list gives a clear insight into the UK’s appetite for new and used cars, with 2015 showing significant demand for premium car brands.

Auto Trader Editor in Chief, Jon Quirk, said “As we’ve seen previous years, the BMW 3 series has proven it is the undisputed king of the compact executive class, but it’s also interesting to see how dominant the premium car brands have been in both our national and regional searches. New car sales remain in strong health, supported by the availability of cheap finance via personal contract purchase (PCP), and this has allowed consumers to research and subsequently buy these more expensive, upmarket cars.”

Auto Trader’s top ten most searched for cars in 2015