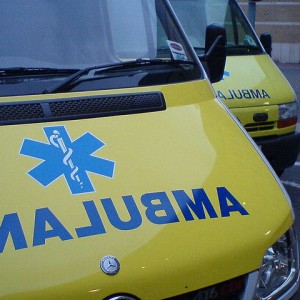 Paramedics are being encouraged to become FTA-accredited after the Independent Ambulance Association (IAA) announced they will be partnering the Van Excellence scheme.

The scheme – the national accreditation for van operators – will hope to see an influx of ambulance drivers, with IAA member companies operating a nationwide 2,500-strong fleet.

Regulated by the Care Quality Commission, such companies work 24/7 for the NHS, providing patient transport services and peak-time A&E support.

David Davis, Director of the IAA, said: “We will be encouraging our members to undertake the Van Excellence programme because it represents a measurable and credible benchmark against which their transport operations can be independently measured.”

Launched in 2010 to promote high standards of van operation and driving, the FTA Van Excellence scheme is open to van operators of commercial vehicles of 3.5te GVW or less.

Since its launch, Van Excellence has accredited several van operators from a variety of healthcare organisation, including South Central Ambulance Service and National Blood & Transplant.

Mark Cartwright, Head of Vans and Commercial Vehicles at the FTA, said: “Van Excellence is establishing itself as the operating standard for light fleet operators across all sectors.

“We’re delighted to be working with IAA in supporting their members in this demanding and vital sphere of operation.”

Image courtesy of gwire, with thanks.