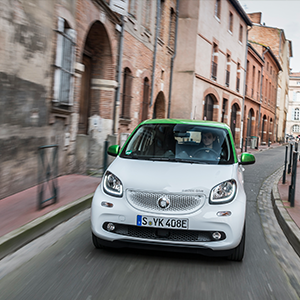 One in five drivers (21%) prefer to budget and pay for their car on a monthly basis, rather than worrying about its total cost knowing they will upgrade once their finance contract runs out, according to a new Opinium survey of 2000 UK drivers commissioned by InsuretheGap.com.

Almost half of UK drivers (47%) shunned finance options saying they always buy their car outright.  However, 11% claim that they bought their most recent car on finance but wouldn’t have done so in the past.

The proportion of income spent on cars peaked for the under 35s with a fifth (20%) saying the finance or lease costs on their car each month were as much or more than their rent, dropping to 14% for 35 – 44 years old and 5% for over 45s.

“Buying a car is a major investment for people and when over half (57%) of UK drivers say their car is the second biggest asset after their house, drivers need to be protecting their investment, ” said Ben Wooltorton, Director at InsuretheGap, “If a car is written off or stolen, the insurance company will usually only pay the market value of the car, not what was paid for it so drivers could be facing a potential ‘gap’ in their finances, particularly if they still have a finance agreement or loan to pay off. A GAP insurance policy from a specialist insurance provider, like InsuretheGap, protects drivers from this.”

InsuretheGap.com’s policies start from just £54.55* and are significantly cheaper than those offered by car dealerships. A cover is available for vehicles worth up to £150,000, covering gaps up to £50,000.