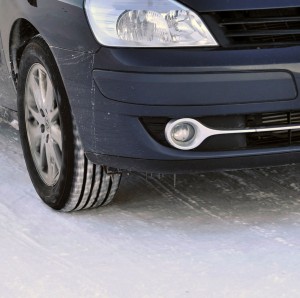 EXPERTS: Benfield Motors give their advice

In our latest Expert Blog, Benfield Motors explain why changing your fleet’s footwear in the colder months should be a priority…

In other countries around the continent like Germany and Switzerland where the temperatures drop significantly, they think nothing of changing over to winter tyres during the cold season.

Yet here in the UK, the idea of winter tyres has never really caught on.

Many of us see it as an unnecessary expense, too much hassle and as a technical problem.

However, with winters getting colder and longer, snow and ice becoming a more common site on the country’s roads, are winter tyres becoming a more worthwhile investment?

It’s estimated that only around 3% of Britain’s car owners have winter tyres and use them each year.

It is almost seen as something that is the sole preserve of car geeks and the safety obsessed.

However, with accidents on the increase during cold spells this could be a case of unfair pigeonholing.

Most car and tyre manufacturers suggest that if the temperature is going to drop below 7˚C on a regular basis that you should make the change.

Of course, the cynical amongst us might suggest that they would say this in order for us to shell out more cash on some new tyres.

However, when manufacturers make other claims about safety or include optional extras in their packages we seem to have very few reservations about paying for those.

After all, is a fancy music system or leather interiors really as important as the safety of your tyres – the only part of the car that comes into contact with the road?

When we watch Formula 1, we make no bones about the right tyre being essential to the performance of the car.

Granted the margins may be smaller but the same general principles apply.

Tyre manufacturer Continental say that a car travelling at just over 30mph will take 43metres to stop on snow with normal tyres.

A car fitted with winter tyres will take just 35.

In treacherous conditions, those eight metres could be the difference between avoiding a scrape and ruining your paintwork, or even life and death.

If you think about your own experience of snow and ice then winter tyres seem to make sense.

When it’s snowy outside and you go out in your normal shoes, it’s almost impossible to get good grip and you’re far more likely to fall.

You put on some big boots with huge soles and good grip and all of a sudden it’s easier to walk.

So why shouldn’t you do the same for your car?

Again, the principle is exactly the same.

It seems like cost and hassle are the two biggest factors here.

But apply that logic to having an extra drink over the festive period and then getting in the car and it seems like madness.

£500 is a small amount to pay compared to a written off car or worse.

An expert from TyreSafe, a not-for-profit organisation which is one of the UK’s leading tyre safety and campaigning organisations, said: “We are in favour of winter tyres because they are, without doubt, much safer.”

As bottom lines go, it’s a hard one to argue with.