What are the different types of Ultra-Low Emission Vehicles?

Once confined to hypothetical conversations and science labs, the electric vehicle (EV) has gradually become a frequent sight on UK roads thanks to developments in technology and infrastructure, falling costs, and a string of incentives from the UK Government designed to increase the number of EV drivers. 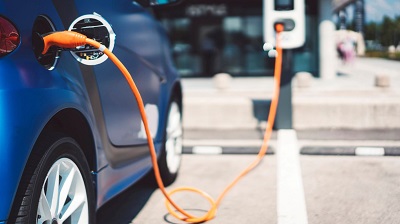 And this shows no sign of slowing down, especially as Salary Sacrifice schemes mean that since April of this year, EVs are now a cheaper option when compared to traditionally fuelled vehicles. The scheme allows drivers to save an average of £320 per month in income tax, Benefit in Kind and National Insurance by leasing a brand-new battery electric vehicle. Combining this with the decreased environmental impact, EVs could help to save significant amounts of money as well as show your business’ credentials of being sustainable and environmentally aware.

Today’s EVs come in many forms, each with a differing reliance on electricity to power their engines. Collectively, these are known as Ultra-Low Emission Vehicles (ULEVs). These differing engine types mean that their performance and capabilities vary. Therefore, it’s important to identify your driver’s needs as soon and as accurately as possible, as you are then best placed to match them with the engine type that will work specifically for them.

So, what are the different types of ULEVs, and how do they differ?

What is classed as an ULEV?

To be classed as an ULEV, the vehicle must emit less than 75g of carbon dioxide (CO2) per kilometre travelled. It also needs to be able to travel at least 10 miles without emitting any CO2.

We’re now at the stage where vehicle manufacturers are starting to treat electric as a standard engine option, alongside petrol and diesel. Therefore, when it comes to picking the right ULEV for your needs, fleet managers are now increasingly spoilt for choice.

The most popular type of hybrid is a fuel-powered conventional engine, which works in conjunction with an electric motor. These vehicles are known as Hybrid Electric Vehicles (HEVs). The vehicle’s systems rely on the onboard electric motor to power the car for the initial acceleration, with the petrol or diesel engine taking over when the load or speed increases. Newer and more sophisticated systems learn adapt to the driver’s style to ensure optimum efficiency.

Plug-in Hybrid EVs (PHEV) combine a plug-in battery with an internal combustion engine (ICE) powered by petrol or diesel. These vehicles have a pure-electric range of up to 30 miles, however once the electric battery is depleted, journeys can then continue in hybrid mode, giving a range in excess of 300 miles.

A mild hybrid vehicle (MHEV) sits between a conventionally powered vehicle and a full hybrid. MHEVs use a fuel engine as their main source of power but are equipped with an electric motor allowing the engine to be turned off when coasting, breaking, starting and stopping.

Vehicles that use a battery charged by mains electricity are known as Battery-Electric Vehicles (BEV). Typically, these pure-electric cars have a range in excess of 80 miles, however, many of the newer models are now able to travel up to 200 miles. As the average UK car trip is 8.4 miles, the controversy of range is now becoming irrelevant, particularly as charging infrastructure becomes more widespread.

There are also Extended Range EVs (E-REV). These are similar to plug-in hybrids, in that the vehicle is powered by a battery with a petrol- or diesel-powered generator on board. These differ in that E-REV’s propulsion technology is always electric, and their range can be anywhere between 150-300 miles. 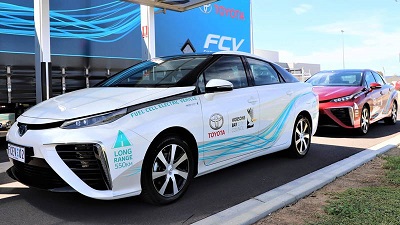 Predicted by some as the future of motoring, vehicles with a hydrogen fuel cell are electric and are powered by a series of chemical reactions between hydrogen and oxygen, instead of using a battery charged via the mains. This technology is still in its infancy, and there are many different types of hydrogen fuel cells in development. Hydrogen fuel cell technology could be a realistic alternative for environmentally friendly transport of the future, as the only product to leave the exhaust pipe is water.

One of the main benefit of fuel cell cars compared with battery-electric cars is that they can be refilled in less than five minutes with enough hydrogen to travel 300-500 miles, with the fuel pumped into a high-pressure tank in much the same way as petrol or diesel is. While this is far more convenient than the multi-hour charging time most battery-electric cars require, the infrastructure of refuelling stations is currently limited. On the other hand, it can’t be ignored that there is likely to be an environmental cost when producing the hydrogen required to fuel these vehicles, from the way its generated to the way it’s transported.

Cold weather countries looking to reduce their carbon emissions could also benefit from hydrogen fuel cells as they can offer greater driving efficiencies than electric battery vehicles in lower temperatures.

What is in store for the future?

As we’ve seen in the last few years, ULEVs have quietly become an increasingly attractive proposition for any organisation with a fleet, be those vehicles company cars or working vans. The number of miles per charge continue to grow, as does the availability of charging points.  At the same time, companies and drivers using EV fleets can enjoy several tax benefits, which can amount to substantial cost savings over time. However, before making the decision to switch, it’s crucial that fleet managers assess each individual driver’s needs to ensure the right vehicle is selected.

Those looking to transition to EVs in the future should take a step back and look at the wider picture. There is an ever-growing and diverse range of models available, and as we’ve seen with hydrogen fuel cells, developments are ongoing. Manufacturers are by no means at the end of this electric journey, and the road ahead looks set to be full of new, exciting and sustainable technology.