Today sees the launch of London’s Ultra Low Emission Zone (ULEZ), and it does not seen too far fetched to say that its implementation has been controversial.

Designed to reverse London’s pollution and create a cleaner atmosphere, the zone, which will be in operation 24/7, will charge petrol cars that don’t meet Euro 4 or diesel cars that don’t meet Euro 6 standards. In layman terms, this means petrol cars generally registered before 2005 and diesel cars registered before 2015 could be liable for the charge. These standards will also apply to LCVs and is likely to affect many businesses. This has been a major cost to businesses in the lead-up, and many more businesses have yet to swap their vehicles to newer, cleaner models.

On Friday 5th April, we published a statement from Charlie Mullins form Pimlico Plumbers who gave a personal business perspective to ULEZ, and his opinion does seem to be resonating within London businesses that require access by vehicle to central London areas – delivery companies, service companies etc. 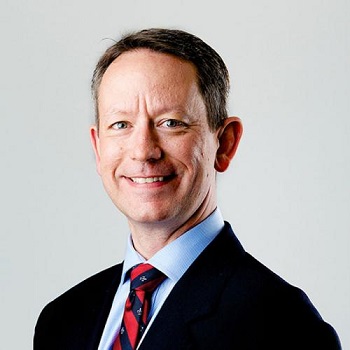 Further comment from Gareth Bacon, Assembly Member, and representing the Conservative group on the GLA:

“No one can deny that we desperately need to clean up London’s filthy air. Air pollution is having a detrimental impact on Londoners’ health and resulting in premature deaths every year.

“With central London contributing disproportionately to our city’s pollution problem, Boris Johnson was right to announce the central London ULEZ zone back in 2013. But Sadiq Khan’s decision to bring forward the roll-out of the initiative by a year has caught small businesses and charities on the hop and given them insufficient time to prepare for the change.

“The damage caused by the early introduction of the central ULEZ will pale into insignificance compared to the impact of its extension to the North and South Circulars in 2021. This punitive move will hit the very poorest Londoners hardest and questions have been asked about whether the Mayor’s blanket approach is the best way to deal with this grave problem.

“Rather than pursuing this regressive policy, the Mayor should instead invest in cleaning up our dirty bus fleet and take a more targeted approach towards London’s pollution hot spots.

“Cleaning up London’s air should be a priority for any London Mayor, but it needs to be done in an effective and proportionate way which works for all Londoners”.

“It’s interesting that, for a measure that is meant to improve the health and air quality of London’s inhabitants, the city is split down the middle when it comes to support for ULEZ. While our own study did find a majority of London-based support for clean air zones (54%) – ahead of the national average of 50% – our results still show some indecision as to who should shoulder the costs of increased charges that will predominantly affect businesses operating in the capital.

“Importantly, overall awareness of clean air zones is still worryingly low however. While 77% of respondents in London consider vehicle emissions in the UK to be a significant problem, only 54% know what a Clean Air Zone is, with awareness on a national level at an even more concerning average of 43%.

“Considering the average age of cars and vans on our roads is over eight years, vast numbers of diesel drivers in particular may be unaware they could be driving vehicles that will incur charges. For businesses and fleet managers, gaining a full understanding of the size and usage of private vehicles by their employees must be a priority to account for potential expenses.”

“For businesses regularly driving in London, the introduction of the Ultra Low Emission Zone means there has never been a better time to consider incorporating electric vehicles into fleets. Offering exemptions from both the Ultra Low Emission and Congestion Charge zones, cheaper running, maintenance and tax costs, as well as a government grant towards the purchase price of qualifying zero emission vehicles, they can offer considerable whole life cost savings. With a number of other cities, including Leeds and Birmingham, set to introduce clean air zones over the coming years, now could be the perfect time to invest in a lower emission, and lower cost, electric vehicle fleet.”

Attention is now turning to Birmingham and Leeds who are also considering ULEZ/CAZ’s.