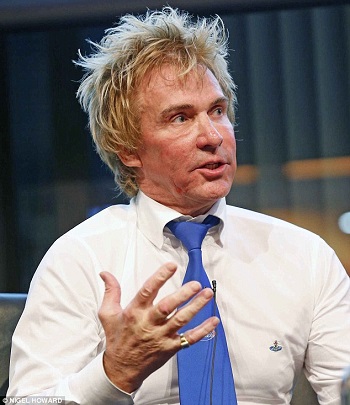 Ahead of the Mayor of London’s introduction of the Ultra-Low Emission Zone (ULEZ) on Monday, Charlie Mullins, CEO and Founder of Pimlico Plumbers, the UK’s largest independent plumbing firm, makes the business case against it:

“I have been against the entire ULEZ proposal, ever since the words passed Sadiq Khan’s lips. The plan he’s implementing will have a crippling effect on the London economy. Businesses like mine are going to be left to stomach a damning cost, and all because of his quest to be seen as a clean-air crusader. I wonder if Khan has really considered and understood the potential cost in jobs of this whimsical piece of law making.

At Pimlico, I have a fleet of over 250 vans, 150 of which will very soon be deemed ‘non-compliant’. I’ve been under the impression that businesses should be allowed to ride out the lifespan of their vehicles, rather than be forced to scrap assets that will be instantly stripped of their value the moment Big Ben chimes midnight, on April 7, 2019? For whom the bell tolls? That would be us, the London business community.

If I put things into perspective for you, if I kept using my vans in central London, where we are based, it would cost me £908,000 annually in penalties – which is absurd! Replacing them on the other hand will cost my business even more, a whopping £4.5m. What SME can be expected to put down that kind of money to meet the Mayor’s mad and unrealistic ‘quick fix’ plan?

Don’t get me wrong though, I do completely agree that London needs to address its pollution levels – but this should be an organic process, where vehicles in use, realise their full expected lifespan.

Once older non-compliant vehicles end their useful life, all new ones will be fitted with Euro VI engines in any case. So, I don’t see why we’re rushing into this, when it’s just going to hit the backbone of the UK economy – businesses! It’s as if Khan is prepared to fast track the London economy down the drain, in order to claim some non-existent green award.

The sort of daily costs and payments people operating businesses in London are going to be expected to pay are ludicrous. We’re going to have people out of work and out of pocket, burdened with this hefty weight. Combine Khan’s clean air clamour with a good helping of Brexit uncertainty, and there’s no two ways about it – we’re on the road to a recession, albeit an environmentally friendly one!”