New EV green number plates are not registering with drivers

With the government’s ambition to achieve net zero emissions by 2050, green number plates are being introduced for electric vehicles (EVs) this autumn to allow zero emission models to be more easily identified, and to help local authorities encourage people to own and drive them*. However, a YouGov poll commissioned by The Motor Ombudsman has found that 88% of UK drivers are currently unaware about the arrival of these new-style registration plates, leaving around one in ten (12%) knowing that they are due to make an imminent appearance on the UK’s roads. 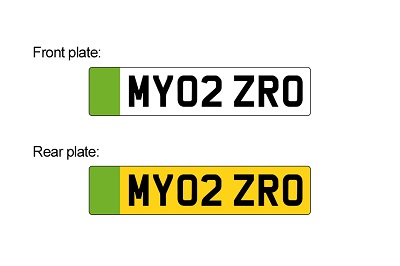 A green flash will feature on the left-hand side of the white and yellow front and rear plates to distinguish EVs from hybrids or vehicles featuring a petrol or diesel engine. However, according to the study of 1,688 UK driving licence holders, those living in London, and individuals aged over 35 were revealed as being the least conversant with the change (92% and 88% of these groups respectively). In contrast, those residing in the South and the East, and respondents in the 18 to 34 age group were the most up to speed in terms of the arrival of the dedicated EV plates, with around 15% of people in these groups knowing about the green flash.

When questioned about whether drivers would be happy to have the new green plates fitted as standard if they were to buy a battery electric vehicle, encouragingly, nearly three-quarters of respondents (72%) said that they would be content with their vehicle sporting them. In fact, survey participants of 18 to 24 years of age (80%), as well as those residing in the East (76%), were the most keen to display the green flash on their plates. In contrast, only 14% of people stated that they would prefer to retain the current registration layout, with a further 14% unsure as to how their plates should look. 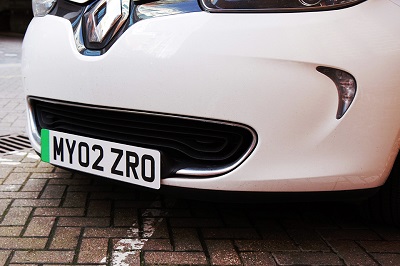 In addition, Transport Secretary Grant Shapps recently announced that parking spaces could be painted green to promote the uptake of electric vehicles. The Motor Ombudsman study revealed that, if parking areas that prioritised EVs were to become a reality, a combined total of 29% of respondents said that they would be more or a little more inclined to purchase a battery-powered vehicle. Nevertheless, 57% of drivers stated that the prospect of being able to enjoy this added benefit would make no difference in terms of increasing their desire to buy a pure electric vehicle, with only 6% explaining that it would actually put them off from making such a purchase.

Commenting on the poll, Bill Fennell, Chief Ombudsman and Managing Director of The Motor Ombudsman, said: “Electric vehicles are continuing to grow in popularity in the UK, and our study has offered a unique insight into how drivers view the latest initiatives introduced by government to encourage them to embrace pure zero emission motoring. Despite the results showing that consumer awareness of the arrival of the new green plates remains low, the findings nevertheless show a positive picture overall that drivers are happy to embrace them. However, when it comes to parking spaces being reserved solely for the use of EVs, it’s clear that the jury’s still out as to whether this will have any bearing on an individual’s decision to buy an electric vehicle.”