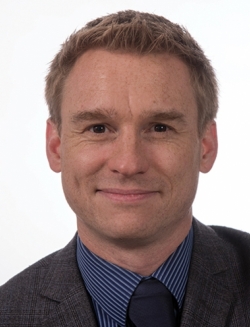 Amid Jaguar Land Rover’s (JLR) recent announcement to invest over £1bn in electric car production, global engineering consultancy HORIBA MIRA is calling on the industry to accelerate the development and public adoption of such vehicles in the UK.

Last week, Britain’s largest carmaker revealed it will build an electric version of the Jaguar XJ saloon at its Castle Bromwich factory. Despite investing in electric vehicle manufacturing, electronic drive units and battery assembly plants in the Midlands, JLR has called for the creation of multiple ‘gigafactories’ in the UK to provide the large volumes of battery cells it will need. In the absence of a major UK manufacturer, these are currently imported from Asia.

The announcement comes as latest figures from the Society of Motor Manufacturers and Traders (SMMT), show that sales of cars with alternative fuels – including battery electric vehicles and hybrids – were down 11.8% in June compared with the same month last year.

Welcoming JLR’s investment in electric vehicles as a vital step forward, automotive engineering, research and testing firm HORIBA MIRA is encouraging the industry, through robust testing and development, to address the current issues deterring consumers from opting for such vehicles. This includes customer perception on so-called ‘range anxiety’ as well as the overall cost of electric and other alternative fuel vehicles.

“However, as an industry more needs to be done to overcome challenges of customer perception, which is something we are consistently working on to ensure the next generation of vehicles are safer, cleaner and smarter.

“In recent years, the UK’s capabilities in producing cleaner vehicles has expanded rapidly – but consumer appetite still has a long way to go. The only way to truly increase the number of people willing to make the transition to electric cars is by investing in a rigorous development, testing and evaluation programme that adequately communicates the latest technological advances to consumers.”

Greg adds: “HORIBA MIRA has been working with low carbon propulsion and battery systems for over 15 years, and much of what we do is understanding the performance and characteristics of battery cells. Our ABDS enables us to carry out such activities at extremely high resolution and accuracy, and also allows us to investigate the energy efficiency and durability of EV batteries – a move that is critical in demonstrating the long-term viability and credibility of these vehicles to the end customer.”