Unite, the UK’s leading union, has warned that the government’s plans to continue to relax the maximum driving timing for lorry drivers, is dangerous, reckless and potentially illegal. 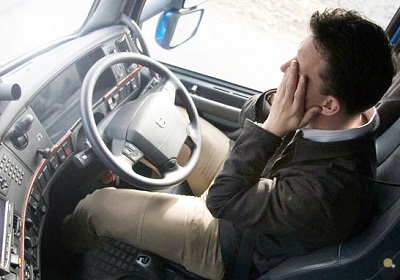 Unite has learned that the government is currently undertaking a technical consultation on continuing the relaxation on driving hours from Monday 4 October until Sunday 23 January.

There is a concern that the government could be acting illegally. The existing regulations allow for a ‘temporary relaxation’ in driving hours. It could be argued that a six month period of extended hours and the other recent period of relaxation, is not ‘temporary’ but is in reality a permanent change. Unite is seeking legal advice on this matter.

Sharon Graham, general secretary of Unite said: “These latest proposals are a further knee-jerk response to a crisis wholly created by the employers and the government.

“Years of suppressing drivers’ pay and bypassing European regulations have led us to where we are now. The latest extension on hours will increase pressures on drivers and threaten public safety on UK roads”.

The rules on driving hours were ‘temporarily’ relaxed from 12 July and that relaxation was due to end on Sunday 3 October. Under the government’s relaxation, drivers can drive for up to 11 hours a day (compared to a maximum of 10 hours) and a total of 99 hours a fortnight (previously 90) with rest periods also reduced.

Unite is highly concerned that the extended driving hours, which the government is reliant on to tackle the shortage of lorry drivers, is having a cumulative effect on driver fatigue. With the increased hours now continuing throughout the autumn and winter months, with longer periods of darkness and poorer weather, Unite fears that accidents will increase.

Research by Unite has already revealed that the number of lorry drivers being forced out of the industry has dramatically increased in the past decade and by further extending driving hours, ill health problems will become worse.

Much of the shortage of drivers in the industry is a result of workers leaving the sector. It is estimated that 600 drivers leave the industry every week. By continuing to allow drivers to work for longer, Unite believes that more will vote with their feet. 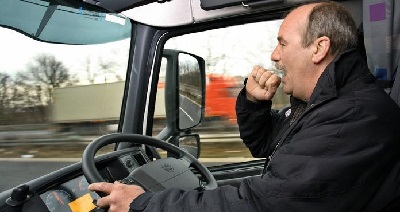 Unite national officer Adrian Jones said: “This is a dangerous and reckless decision by the government. The government should immediately drop its plans to extend driving hours.

“Lorry drivers are already working excessive hours and the cumulative effect on fatigue will increase the risk of accidents and damage their health.

“Rather than short term fixes to the driver shortage, the government needs to implement long term solutions.

“Drivers need permanent pay rises, rather than one off bonuses, to reflect their skills and crucial role in delivering foods and goods across the UK.

“Action also needs to be taken to introduce minimum standards on pay and conditions, to end once and for all the race to the bottom and undercutting of wages which is at the heart of the current lorry driver shortages.”

RHA said any extension of drivers’ hours would not solve the problem of the UK’s driver shortage crisis. Policy director Duncan Buchanan said: “The government cannot save Christmas, that is for sure. It is too late. However, if they want a quick fix they should allow retired or retiring drivers to come back in the industry for a year in exchange for one CPC module, as we have suggested to them.”

Jon Dye, Director of Underwriting – Motor at QBE: “Whilst recognising the current driver shortage crisis, the extension of the relaxation of legal limits on lorry drivers’ hours come with considerable risk, particularly around driver fatigue. Driver fatigue is already one of the most significant safety hazards facing the transport industry worldwide, and we could see a rise in incidents over the coming months if this is not carefully managed. Fleet operators should put an increased focus on employee safety and wellbeing to make sure longer hours are not adversely affecting their drivers. The supply chain crisis in the UK clearly requires action but any changes to alleviate the pressure must fully consider the risks and the potential for an increase in accidents.”

“We are seeing road traffic levels returning to pre-pandemic levels, which in turn is putting additional pressure on drivers in terms of congestion and delivery times, and with more traffic on the roads, we are already seeing an increase in accidents.”