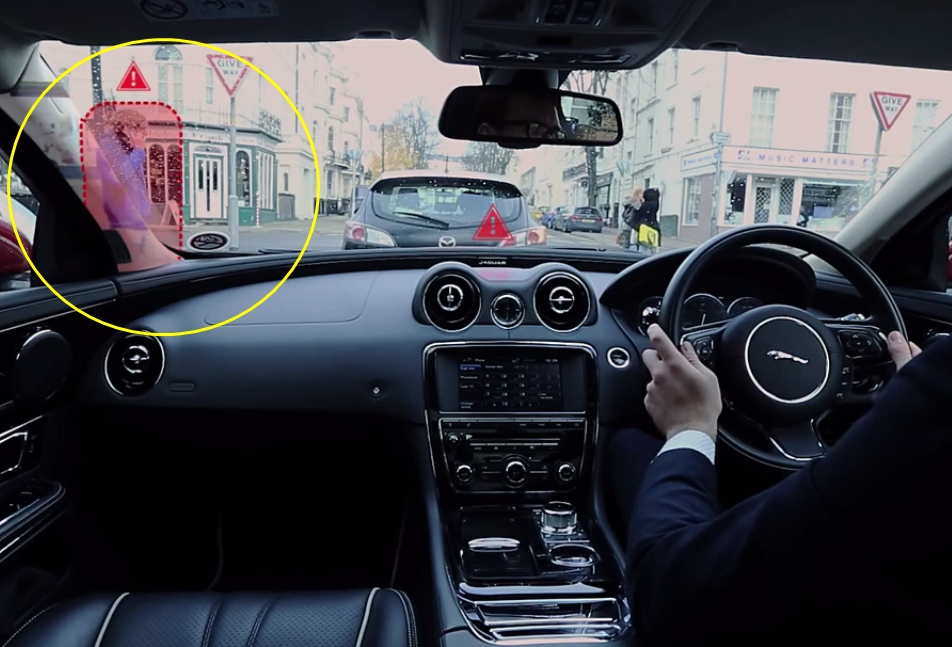 Over the last few years, there has been an explosion of advancements and interest in both virtual reality (VR) and augmented reality (AR). From the Oculus Rift VR headset to the Google Glass project (and all of the similar devices that came after them), there has been a race to introduce VR and AR technology into our everyday lives.

But VR isn’t only for gaming. Car manufacturers have begun to toy with how this emerging technology can be integrated into our windscreens. Companies such as Toyota, Continental and Harman are putting resources into developing their own AR advancements for new windscreen technology or they are buying up start-ups in that sphere.

The idea of using the windscreen to display important information to the driver is not new. Back in the 1980’s, General Motors experimented showing the speed display on the windscreen for some of their luxury models – similar to aircraft heads-up display. More recently, other manufacturers have tried showing GPS, fuel levels, or other basic information in heads up display (HUD) windscreens. HUD displays are now available on several new cars; they’re even available as an aftermarket add-on.

It makes sense. It’s much safer for a driver to keep their eyes on the road than to look down at a dashboard or centre console.

But the advancements in AR over the past few years means there’s much more in store for our windscreens – beyond even what we find in our bulky navigation consoles.

In August 2018, Apple filed a patent  for its own version of an augmented-reality-powered windscreen system. The patent details new windscreen technology that would enable FaceTime communication. That means you could have a face-to-face conversation with someone who isn’t even in the car with you. According to the patent, Apple’s smart windscreen would also be able to detect driver stress by scanning eye motion, heart rate and even posture. The car would then react to try and alleviate stresses, although it’s still unclear how.

Patents often take a long time to make it from the page to production line. But the future of new windscreen technology in vehicles are closer than you might think.

For example, in 2017, three automotive companies revealed the next level of augmented reality windscreens in a prototype vehicle. Instead of just basic vehicle information, these smart windscreens showcased advanced information related to the environment and conditions around your vehicle, such as other vehicles, pedestrians, or objects.

This information is fed to the driver through smart windscreen displays so they are alert to how fast other vehicles are going ahead of them, or if their vehicle is getting too close to an object, or if a pedestrian they didn’t see before is running behind them. These line up with the same type of advancements in vehicle safety technology of recent years: lane departure warnings, automatic emergency braking, collision warnings, blind-spot warnings, adaptive cruise control and so on.

Within a decade, you can expect just about every vehicle to contain some level of new windscreen technology. They will assist the driver by showing them information related to a variety of safety features. For example, the AR HUD can provide information about where your vehicle is within a lane, show you if the vehicle in front of you is speeding up or slowing down, and/or flash warnings about sudden emergencies the driver may need to react to, in order to avoid an accident!

The Future of Automotive AR Lies in Safety & Comfort

The intermediate future of smart windscreen displays lies in that same direction of emphasizing safety, in its broadest sense. One of the big dangers of driving today is when a driver is distracted because they are trying to call or text someone on their smartphone. Bluetooth integrations don’t help much, either.

Rather than the driver fiddling with the phone display and constantly taking their eyes off the road, drivers will soon be able to see the call or text information on the windscreen display system. This keeps their eyes closer to the road and lessens distractions. Though the driver will still need to split their attention between driving and messaging.

Also down the road, augmented reality windscreens will show information related to comfort and infotainment, from the current song playing on the radio to an interactive map of nearby restaurants, shops or gas stations along your route.

The exact size or look of these future AR displays remains to be seen, but we have some idea based on what’s being showcased. Some companies are experimenting with HUDs that only take up a small portion of the windscreen. Others are developing full-windscreen systems with far more extensive and advanced AR systems.

While the future of AR technology in our vehicles is still evolving, the path ahead is clear. Augmented reality systems are coming to our vehicles, and they will revolutionize how we drive.