Middle-lane hoggers targeted by vigilante graffiti on the M6

“Why are you a middle lane moron?”

The question asked by many motorway drivers has now become a prominent feature on a stretch of the M6.

It seems that one fed-up motorist has been driven to action, after the words appeared sprayed across a bridge in yellow paint between Preston and Lancaster.

Frustration turns to practical advice when the message daubed on another bridge reads: “Keep left unless overtaking!” 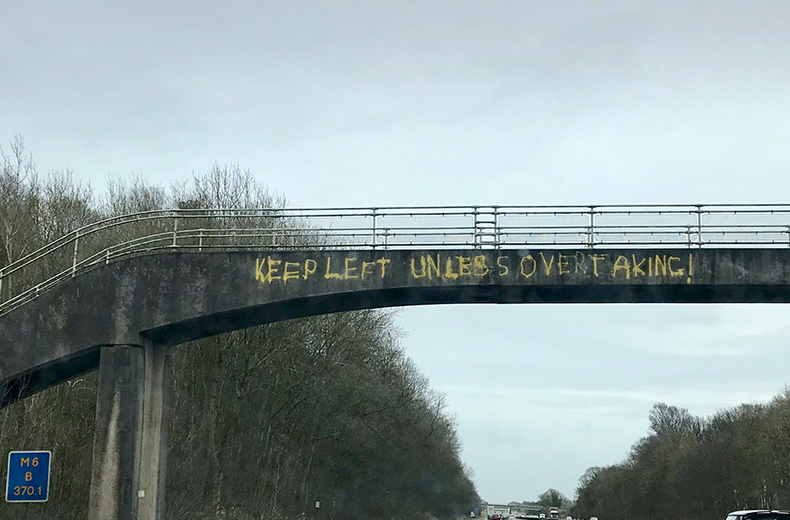 The vigilante signage was spotted by twitter user @QuarkMcMalus who described the scrawl as: “Some very middle-aged (but pertinent) graffiti on the M6.”

The ‘pertinent’ messages are a handy reminder that drivers could be committing an offence by staying in the middle-lane longer than necessary.

Police officers can charge drivers guilty of this motorway misuse with ‘careless driving’, and have the power to hand out £100 on-the-spot fines as well as three penalty points. 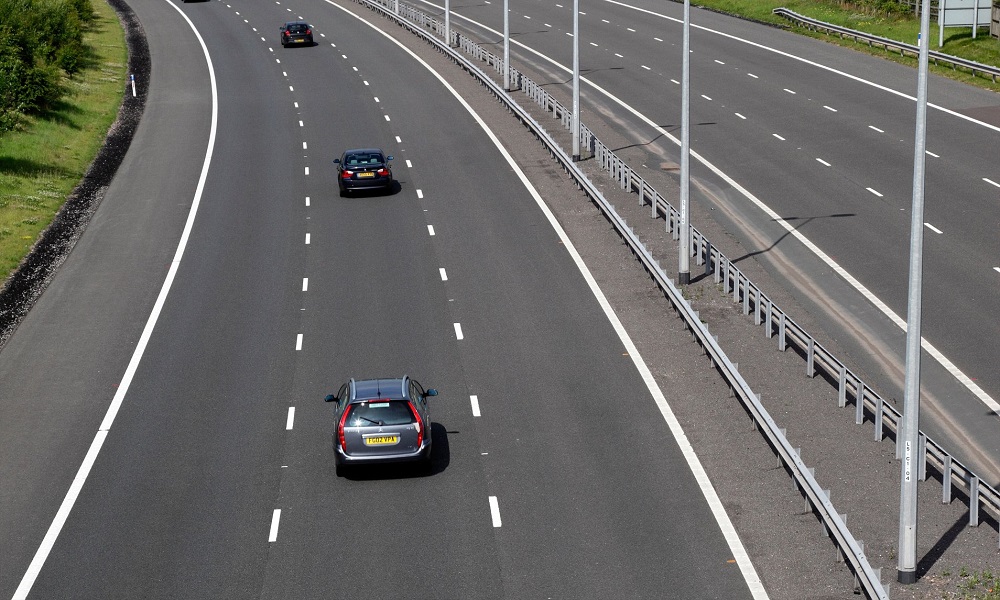 The M6 was the focus of middle-lane hogging in February last year, when Staffordshire Police shamed a ‘hogger’ on social media.

Officers followed one driver who chose to stay out of the left-hand lane for over seven miles.

Cars that stay in the middle-lane longer than necessary can cause congestion, as faster flowing traffic is forced to overtake on the outside lane rather than spread across two lanes.

If someone is correctly following the Highway Code and driving in the inside lane when they catch up with a middle-lane hogger, they then need to move across two lanes to overtake, to avoid ‘undertaking’.

This also means that the overtaker has to complete four lane changes in total, instead of two.

Forces across the country have vowed to crack down on the offence, including Thames Valley Police, who pulled over five offenders on the M4 in one night.