Is telematics the answer to the speeding epidemic? 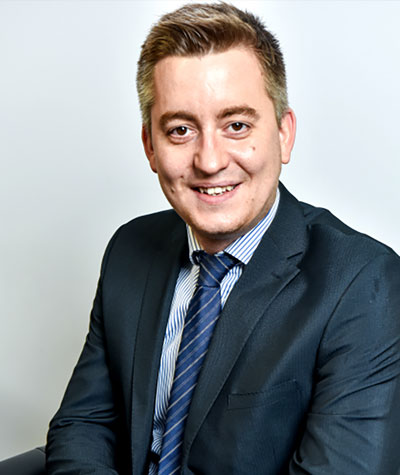 Figures published by the RAC foundation have found that since the introduction of driver retraining courses in 2010, nine million of the 10 million people who have undertaken a course have done so for speed awareness. In 2018 alone, 1.19 million people took this course, highlighting the worrying spread of the problem.

At its worst, speeding can cause fatal accidents and loss of life, however, there are also many other risks to businesses that come with the offence.

At the lower end of the scale is the reduction in vehicle lifetime that it causes. Consistent speeding puts more strain on engines and other components than was originally intended, leading to vehicles needing to be replaced much quicker than expected. For fleet managers, this incurs hefty costs and means a reduction in vehicle numbers until a replacement is purchased.

Fleet cars and vans can also be taken off the road by accidents caused by other speeding vehicles. Carrying out repairs to large dents, or worse, can be expensive, leaving fleet managers faced with a double-whammy: cost outlay for remedial works and the impact of having vehicles off the road. Similarly, if a driver themselves is banned for speeding, then total workforce is further reduced, which can be extremely detrimental in roles which require a large amount of driving.

Reduced productivity and additional costs are not the only consequences of  speeding for businesses. Having a positive brand image is essential and a hard-earned reputation can be ruined in a very short time. Many fleet vehicles are covered with branding, meaning if one is to get pulled over by police, or even causes an accident, the business is reflected poorly. The extreme of this is a corporate manslaughter case and if the driver responsible for a fatal accident is known to have a long history of speeding, then blame can be placed on the business. This could damage the brand irreparably, both in terms of reputation and financially, with large fines and legal fees to pay.

It is clear that speeding is a major issue, especially for businesses which rely on fleets, and telematics could be part of the solution. Lack of awareness and care is a large part of why people speed, so telematics can act as a natural deterrent in itself. Drivers know that their behavior can be monitored by fleet managers, which is often enough to make them take note of their speed and reduce it accordingly.

Telematics can also alert fleet owners to speeding incidents. GPS technology found in telematics allows speed to be calculated through recording location, distance covered and time. The specific road the driver is on is known, and therefore so is the speed limit. When a driver exceeds the limit, an alert is sent to the fleet manager or driver themselves, allowing them to take any action they deem necessary.

As well as acting as a deterrent, telematics can help businesses alter their fleet management decisions. The data received by fleet owners can educate them on when speeding occurs most, for example, last-minute jobs. Being able to view where their vehicles are lets them allocate the closest, or least busy, driver to the job. This way, rushing is avoided, and speeding is unnecessary.

Speeding, as well as being illegal, can be a huge problem for businesses, ruining reputations, finances, and even lives. Investing in telematics is important in the fight against this common crime. These systems can reduce incidents and help to improve fleet management, benefiting businesses and the wider public.