Electronic message signs have gone all multilingual in a ground-breaking initiative to improve roadworks information for lorry drivers.

The system works with an automatic number plate reader in the side of the road warning the electronic sign that a foreign lorry is approaching and the sign then selecting an appropriate foreign language message such as ‘M6 J.44 Cerrado’ – ‘closed’ in Spanish.

The pilot is taking place in Cumbria where £7 million of improvements are taking place along the M6 north of Carlisle. The latest phase of the work is focused on the roundabout at busy junction 44 of the motorway and lorry drivers are being warned in German, French, Polish, Romanian, Dutch, Spanish, Lithuanian, Slovak and Hungarian when the roundabout is closed for the overnight work.

It is believed to be the first time in the UK that electronic signs have been used in this way to get information to continental truckers. 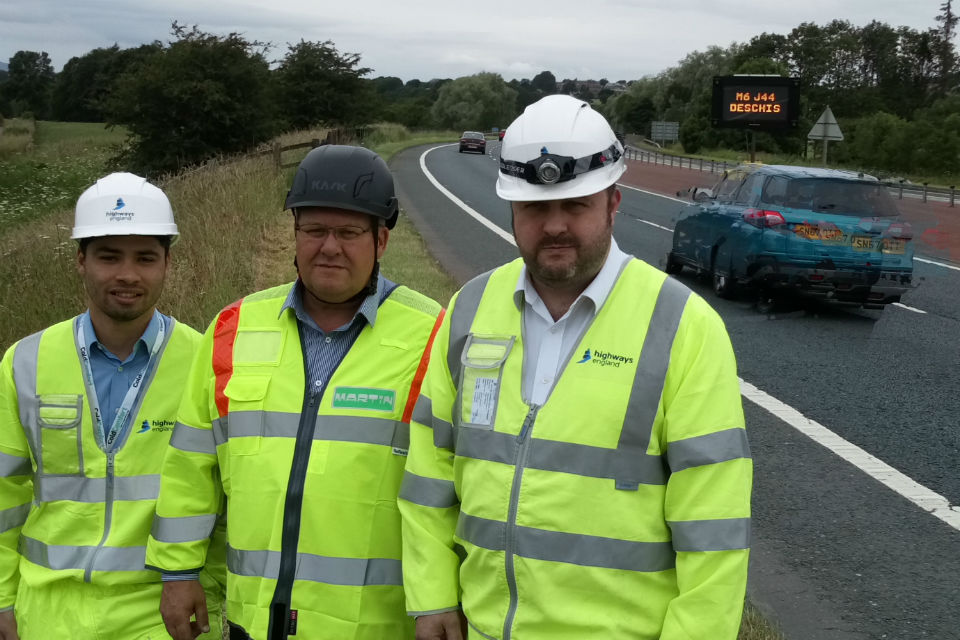 “We carried out major improvements along the A66 near Penrith last year and while the communications and diversion routes worked well, we had some feedback from Cumbria Police that foreign lorry drivers were missing some of the messaging.    This not only inconvenienced the drivers but also local communities as we had lorries on inappropriate diversion routes.

“We’ve taken that learning on board and hopefully providing tailored messaging for foreign lorry drivers will improve everyone’s experience of these roadworks.”

The innovative multilingual signs have been placed along the A66 and A69 to warn drivers about the overnight junction closures.  Highways England staff, specialists and contractors are being encouraged to try new ways of operating, maintaining, repairing and improving the country’s motorways and major A roads. A £150 million innovation fund has been set up to support new initiatives. 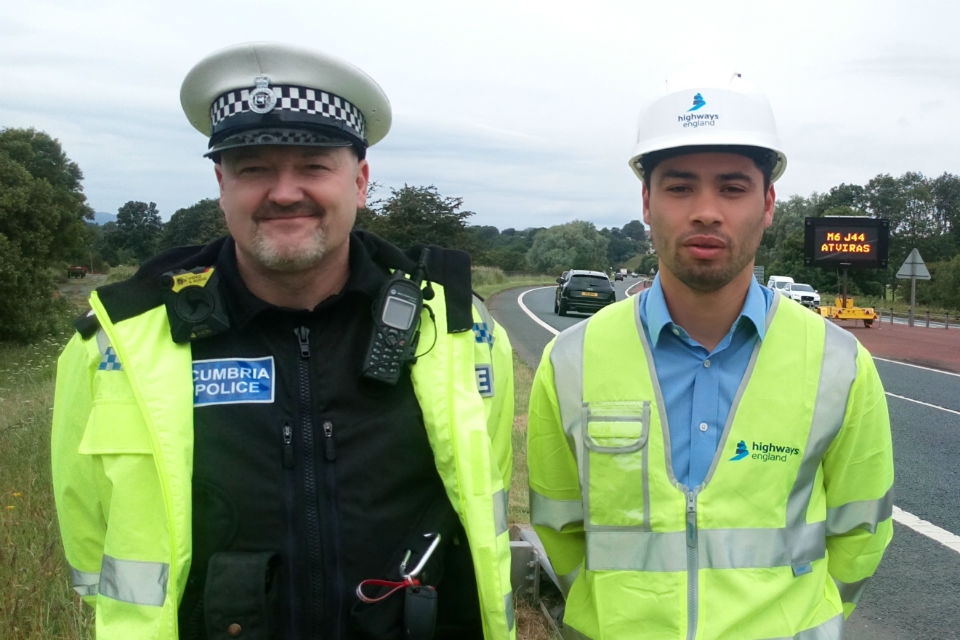 Inspector Steve Minnikin from Cumbria Police said:  “We provided a lot of support around the A66 closures last year and we’re delighted to see that Highways England has responded to our feedback by trialling this idea by being more aware of language differences and being considerate in meeting their needs.

“We all believe this will assist the lorry drivers from other countries in rescheduling their journeys and avoid driving into a road closure with all the inconvenience that it can cause themselves and others.”