Almost 10,000 vehicles were caught tailgating in the first two weeks of new cameras being tested to clamp down on the offence.

Highways England and police have joined forces to tackle the offence which is a factor in around one in eight casualties on England’s motorways and major A roads.

Soon, motorists caught tailgating can expect to receive letters advising them they were too close to another vehicle and highlighting the dangers of not leaving safe braking distances.

The clear message – stay safe, stay back! – comes as new footage shows the reality of tailgating.

Highways England’s Head of Road Safety Jeremy Philips said: “These new cameras have, sadly, highlighted just how many people are driving too close on our roads.

“We understand that most tailgating is unintentional by drivers who are simply unaware they are dangerously invading someone else’s space. But not leaving enough space between you and the vehicle in front can be very frightening and intimidating – it could also prove fatal.

“We are trialling the new cameras to make drivers aware of their behaviour and encourage better driving. We are also using the Space Invader video game character as a quick reminder to drivers of the risks of tailgating. Our message is simple – Don’t be a Space Invader, Stay safe, stay back.”

Today motorist Caroline Layton, a data and intelligence analyst for Highways England, has told how she feared her small car was going to be hit and ‘crushed’ as a lorry loomed up behind her in the motorway roadworks.

She was travelling within the speed limit through roadworks on the M27 when a lorry approached and was ‘getting closer and closer’. Footage captured on her rear dash cam shows the lorry just feet away from her car with the driver flashing his lights and gesticulating at her before he eventually indicates and overtakes her.

Caroline was driving through roadworks on the M27, near junction 4, after finishing work.

She said: “He came up really close, just a couple of metres behind. I thought I had to slow down because if it hit me at 50mph I would be crushed.

“This was very intimidating behaviour and likely to cause a crash and serious injury. If anyone had stopped in front of me he would have gone into the back of my car and I would have been sandwiched in the middle.

“From the driver’s seat, all I could see in my rear-view mirror was the lorry’s grill.” 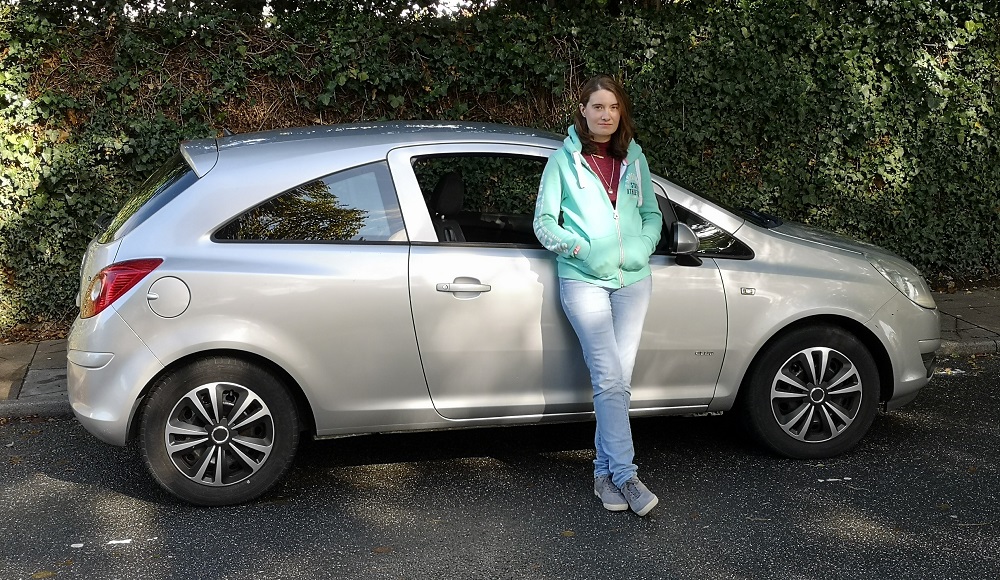 She added: “Although this was the worst incident I have encountered, I have seen a lot of tailgating and it isn’t just lorries, all types of vehicle.”

More than 130 people killed or seriously injured in incidents involving people driving too close in 2018.

A survey for Highways England found that while more than a quarter of drivers admitted to tailgating, nearly nine in 10 people say they have either been tailgated or seen it.

Roads Minister Baroness Vere said: “When people think of the causes of road accidents, tailgating probably isn’t one of them, but it’s one that can have dangerous repercussions. Highways England’s innovative plans are already showing how serious and reckless this behaviour is, and through this campaign I hope we see tailgating drop, making our roads, already some of the safest in the world, safer still.”

Pc Dave Lee of Northamptonshire Police’s Safer Roads Team who are supporting the trial, said: “Motorists who experience tailgating can often feel intimidated and put under pressure to increase their speed in a bid to create more space between them and the offending vehicle.

“However, we have seen first-hand the devastating consequences which tailgating can cause. People who carry out this extremely dangerous behaviour are not just putting themselves at risk, but the lives of other road users.

“Reducing the number of people who are killed or seriously injured on our county’s road network remains a policing priority for the Force, which is why it is important to work with our partners on such campaigns in a bid to save lives by making our roads safer.”

Highways England has been working with infrastructure consultancy AECOM on the cameras.

Highways England has a dedicated webpage where drivers can find more information about tailgating and what they can do to stay safe.