Growing demand for used vans are driving the UK’s economic recovery, contributing to two new records set at Manheim auctions throughout June 2021. Vans are increasingly needed for the home improvements boom, due to a shift towards remote working, while more Euro 6 vans are required as Clean Air Zones increase. The LCV-specialist recorded two new selling prices for used vans, despite an evident seasonal market cooling period, with this trend expected to continue into the second half of the fiscal year. 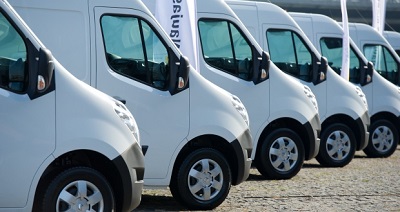 The first record was in the average used van selling price of £10,222, an increase of the April record by 3.2% and £315. Vans reaching these figures were a similar age of 60 months and mileage at around 71,000 miles. James Davis, Customer Insight Director at Cox Automotive explained: “To place this in context, buyers of vans of a similar age and mileage were paying 79% or £4,516 more in June 2021 than they were in June 2019.”

The second of June’s new records featured the newer, ‘Clean Air Zone compliant’ Euro 6 vans, as the average selling price climbed £751 or 5.9% to £13,586. Davis added: “This is the highest ever average price recorded for a Euro 6 used van by Manheim. Although Euro 6 vans are understandably in high demand, Euro 6 vans made up 59% of all vans sold last month – so potential buyers of these vans can rest assured that Manheim can guarantee supply, even when the new market is struggling.”

Davis has reiterated his May warning to buyers, that until the supply shortages in the new van market are solved, average used van prices will continue to rise through the second half of the fiscal year and into 2022. Research from Cox Automotive shows that the number of vans on UK roads has increased compared to pre-pandemic levels, while other vehicle types have decreased as the country embraced working from home for much of the pandemic. Davis added: “Vans are driving the UK’s economic recovery as we rebound out of lockdowns.”

The seasonal market cooling period is underway, and whilst the past year has been different to any other, typical seasonality trends are reappearing. Despite restrictions on travelling abroad, consumers are taking staycation holidays and spending is being diverted to other causes, such as Euro 2020 and other summer weather-related events. This has affected both Manheim and dealers in different ways.

While Manheim has been largely unaffected by seasonal softening in terms of demand and average selling prices, auctioneers have had to continue to work hard, with teams advising vendors on more challenging stock.

Davis explained: “Typically, damaged and duplicated stock poses downward pressure on conversion rates as buyers remain cautious on retail preparation, stocking levels and cashflow. Auction conversion rates fell by 5% but remained very healthy overall, at 82%. Vendors that price stock according to this market will glean all the benefits in terms of optimised conversion rates and values.”

A recent report from Manheim found that 68% of van buyers reported a retail demand softening in June, reflective of this seasonal market cooling. Many buyers reported retail preparation timescales and cost increases. In terms of stock levels, 58% of buyers said they will not stock more than three identical specification vans as it ties up too much cashflow.

Explaining why used van prices are rising, while demand was softening, Davis said: “The number of vans coming onto the market from fleets is still low, and there are still more wholesale buyers than there are vans. The high demand Euro 6 vans are achieving the highest selling prices; however, the periphery stock demand is softening and our auctioneers are getting stuck in to drive bids and interest.

“Dealers are still trying to replenish their stock, and because the usual summer period means that the retail market slows as consumers are spending elsewhere, dealers will hold onto stock for longer. But they will overlook vans with significant damage and high mileage because they know that they will take longer to find a buyer and won’t want to tie up cashflow in slower moving stock.”

The Society of Motor Manufacturers and Traders (SMMT) has recorded year-to-date figures of 191,513 new van registrations, at the end of June. While sales are up 76% on 2020, the relevant comparable year is from 2019 where sales are 2% down. However, demand for the manufacture of vans has increased during the pandemic and due to a rise in Clean Air Zones in cities across the UK.

The widely reported extended lead times on new van and car production is due to issues with semi-conductors, raw material and component shortages. Davis concluded, “I believe demand is set to outstrip supply and that the peak impact is likely to be felt in H2. Only then, in 2022, will supply recover to pre-pandemic levels.”