EGR Group, a world-class designer and manufacturer of precision-engineered solutions for the automotive industry, has launched a new advertising campaign to celebrate the launch of the EGR RollTrac, a smart electric roll cover for pickups. 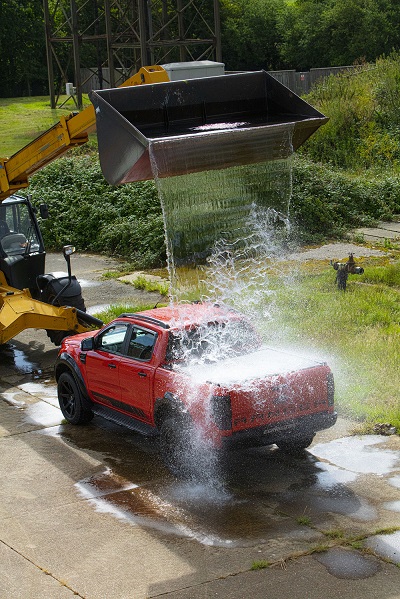 Bring it On comprises a series of online and video content to highlight the cover’s principal benefits. A video show 1,000 litres of water being poured onto the cover to demonstrate its water resistant properties; masked criminals attempting to smash through the cover with a crowbar, drill and a Stanley knife to highlight its security; and Britain’s strongest man Adam Bishop dumping 400 kilos of atlas stones on the cover to show its toughness in adversity.

James Horwill, Director of Strategic Planning for EGR Europe, said: “As a campaign, ‘Bring it on’ captures the essence of the new product and that fact that it can handle anything you throw at it.

“We know owners are worried about their cover’s integrity, and the risk of contents in the tub being stolen or ruined by water. In the campaign we show how EGR RollTrac can cope with the most extreme conditions and scenarios, to demonstrate why we believe we’ve built the best tonneau cover in the world.”

EGR RollTrac has an innovative aluminium interlocking slat system that prevents water from penetrating and is flush mounted to the tailgate panel to ensure any surface water is immediately displaced. The same interlocking slat system design is also what gives the cover its incredible strength, preventing it from being slashed or cut. The cover locks in the vehicle tailgate via claw hook style catches, affording users the best security in the market while an anti-pinch feature prevents anything from being caught (such as a child’s hand) between the cover and the tailgate when closing.

The result of more than three years’ Research and Development and built to the same exacting standards shared by leading automotive manufacturers, the EGR RollTrac integrates with remote central locking, so a separate key is not required. Onboard buttons are neatly integrated into the rear corner on both side rails so that the cover can be opened/closed from either side of the vehicle. The cover only works when the vehicle is unlocked.

EGR RollTrac is distributed exclusively in the UK and Ireland by Storm Xccessories.