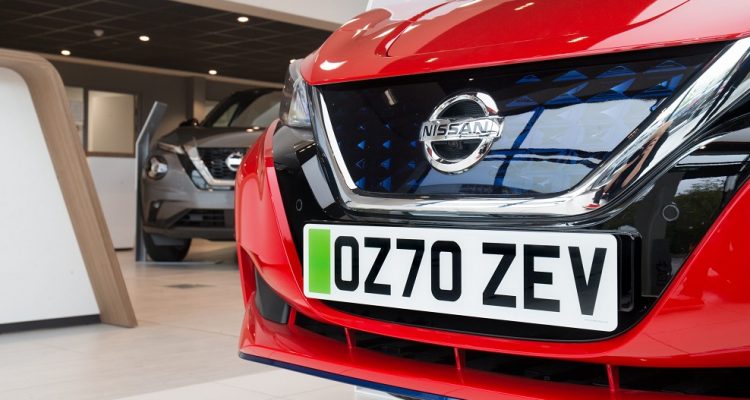 New car registrations have fallen for the fourth consecutive month, with a decline of -24.6% to 106,265 units compared to October last year, according to new figures released today from the Society of Motor Manufacturers and Traders (SMMT).

Plug-in vehicle uptake remained positive in the month before COP26, with battery electric vehicles (BEVs) equalling their September market share of 15.2% with 16,155 units, while plug-in hybrid vehicles (PHEVs) grew to 7.9% or 8,382 units.

Plug-in vehicles now account for 16.6% of all new car registrations in 2021, which, when joined by a further 9.1% from hybrid electric vehicles means that 25.7%, or more than a quarter of the new car market, has been electrified year-to-date.

In fact, plug-in vehicle uptake rates have accelerated so rapidly that SMMT forecasts that more will join Britain’s roads in 2021 than during the whole of 2010 to 2019 combined. Businesses and consumers are expected to take up around 287,000 of the latest zero-emission capable cars by the end of the year.

Despite this strong performance in electrified vehicle registrations, the overall market’s monthly performance was the weakest seen since October 1991.1 Demand from large fleets fell by a substantial -40.4%, driving most of the decline. Private demand fell by a more modest -3.3%, although this apparent small decline is compared against weak consumer uptake during the pandemic-affected October 2020.

Falls were recorded in all vehicle classes except the Mini category, although this is typically a low volume segment and so subject to volatility. The most popular categories were lower medium (30.7%), supermini (30.0%) and dual purpose (26.6%). All three saw an increase in year-on-year market share.

A partial recovery, however, is forecast for 2022, with industry anticipating some 1.96 million new car registrations next year. This will be driven by continued demand for plug-in vehicles, which is expected to continue at pace with new BEVs anticipated to be more popular than new conventional and mild-hybrid diesels by the end of 2022.2 Plug-in cars are also expected to account for more than a fifth (21.5%) of all new car registrations next year.

Mike Hawes, SMMT Chief Executive, said: “The current performance reflects the challenging supply constraints, with the industry battling against semiconductor shortages and increasingly strong economic headwinds as inflation rises, taxes increase and consumer confidence has weakened. Electrified vehicles, however, continue to buck the trend, with almost one in six new cars registered this year capable of zero-emission motoring, growth that is fundamental to the UK’s ability to hit its net zero targets. With next year looking brighter, and even more new models expected, the continuation of this transition will depend on the preservation of incentives that overcome the affordability barrier, and the ability of the public and private sectors to increase public on street charging to allay EV driver concerns.”

Jamie Hamilton, automotive director and head of electric vehicles at Deloitte, said: “New car sales in October fell by -25% compared to the same period last year, driven by substantial losses in fleet sales, down -40% over the same period, as supply issues continued to disrupt availability.

“A shortage of semi-conductors continues to be a drag on the sector. Financial results from a number of major manufacturers have demonstrated just how significant the shortage has been to bottom lines.

“Private sales were down this month by -3%, but there are potential headwinds on the horizon as consumer confidence fell for the first time this year. This follows a strong rebound from the height of the pandemic, as consumers expressed concerns about their personal finances. Compared to Q2, fewer consumers now intend to buy a new car in the coming three months, suggesting that any pent-up demand built up over the last year may start to fall away.

“Despite current challenges for fleet this month, there may be better news ahead. With CFOs placing greater emphasis on increasing capital expenditure in the quarter ahead, and with more businesses looking to reduce emissions by transitioning fleets and company cars to electric, we should see fleets pursue replacement vehicles at scale sooner rather than later.

“With the eyes of the world on COP26 this month, we are reminded of the important role that EVs will play in achieving decarbonisation goals. The UK is well on its way to an all-electric future, and battery electric vehicles sales grew by 73% compared to last year, accounting for 15% of all new car sales this month. As a result, the SMMT expects more plug-in EVs to be sold in 2021 than in the whole of the previous decade combined.

“To keep up this momentum and achieve the goals set over the next decade, we will need to see a more equitable rollout of public charging points which would ensure EVs are also accessible to those households without off-street parking.”

Jon Lawes, Managing Director at Hitachi Capital Vehicle Solutions said: “Whilst the upward trajectory of EV registrations remains promising, the market continues to be hampered by ongoing new model shortages which is reflected by the unparalleled surge in demand for used vehicles.”

“If we’re committed to maintaining this momentum and realise the targets being discussed at COP26, the Government needs to go much further to support the industry.”

“The ZEV mandate would be a step in the right direction, but significantly more public sector-led investment in EV infrastructure is paramount. We need policy clarity from Government, not soundbites.”

Meryem Brassington, electrification propositions lead at Lex Autolease said: “The continued uptake of electric vehicles is clear evidence that momentum continues to shift away from petrol and diesel. As electric vehicles continue to increase their market share, sustained investment from policymakers to facilitate the journey towards an electric future will be critical. The government’s EV infrastructure and manufacturing commitments in the Net Zero Strategy are a step in the right direction, while innovation and the decarbonisation of road transport is needed to drive forward the transition to zero emission vehicles. All eyes will be on industry leaders at COP26 as we strive to clean up the UK’s roads ahead of the 2030 ICE ban deadline.”

Lucy Simpson, head of EV enablement at Centrica Business Solutions, said: “As supply chain and labour shortages continue to hamper manufacturers, it’s encouraging to see the electric vehicle market remain buoyant, with battery vehicles now accounting for 18% of the market. The soaring uptake of plug-in vehicles is hard evidence that cleaner and greener EV technology is fast becoming the transport method of choice.

“However, we need to ensure all drivers can make the switch, requiring a significant investment in the UK’s charging infrastructure. The £1bn commitment to boost electric vehicle charging and production in the government’s Net Zero Strategy is a welcome step, but we need to see quicker action – the roll out of charge points must keep pace with the acceleration in EV registrations if we are going to achieve a greener future for transport.” 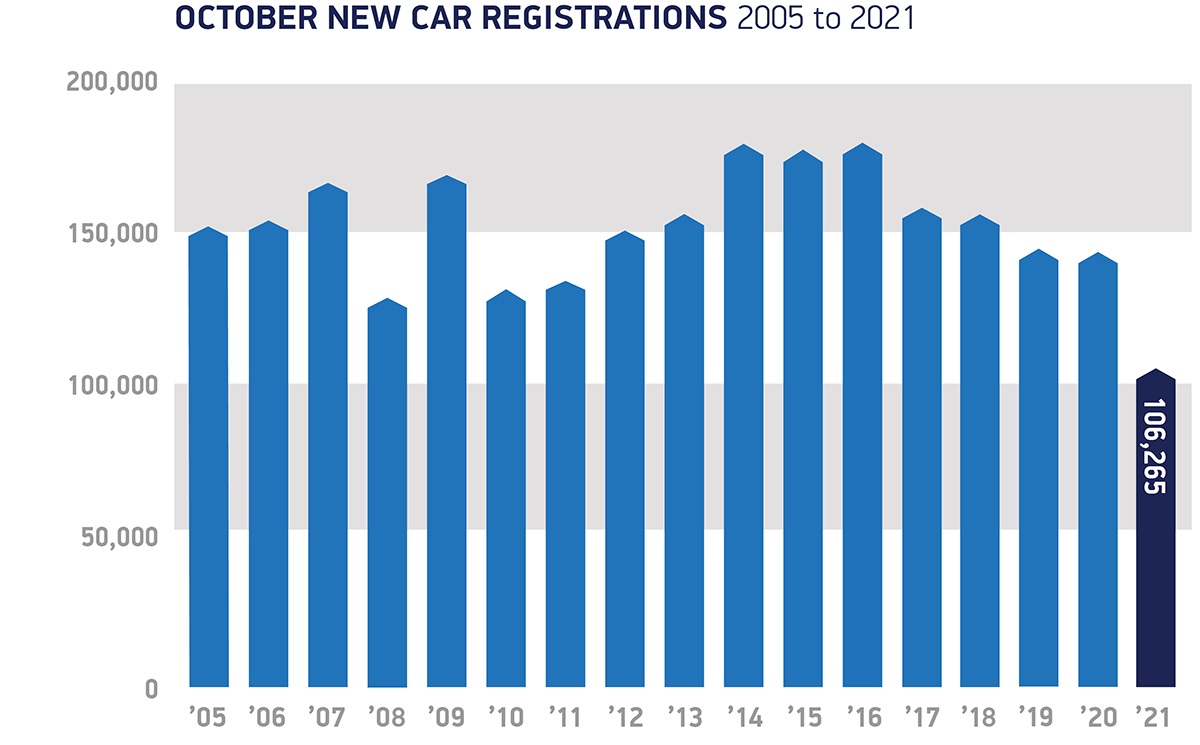