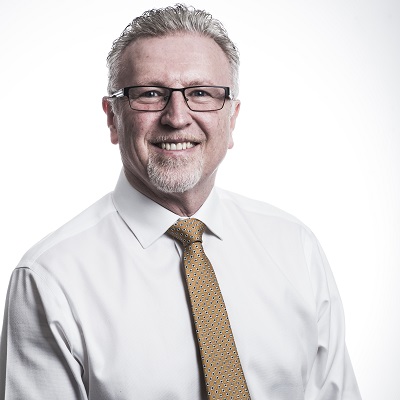 The growing number of smart motorways across the UK which rely on Advanced Traffic Management (ATMs) system cameras will increase the need for regular driver licence checking because of the increased capture of speeding events.

That’s the view of Richard Brown, director of sales at fleet driver licence and compliance specialist Licence Check, the fastest growing provider of licence checking services in the country and now part of online solutions provider, Ebbon-Dacs, following a strategic acquisition at the end of last year.

“Drivers could notch up sufficient penalty points for possible disqualification on just a single journey if they are not continually aware and do not observe motorway speed limits, increasing the onus on fleet managers to check their licences on a more frequent basis. Annually is no longer sufficient,” said Brown.

The latest section of smart motorway opened on the M1 near East Midlands airport recently, between junctions 23a, Nottingham/East Midlands Airport, and the approach to junction 24 for Derby, joining other stretches on the M25 and M6.

The permanent 24-hour ATM smart cameras are live constantly and not just when a lower speed than the national limit is showing on the overhead gantry. The ATM system incorporates automatic ticket generation that logs the registration number of any speeding vehicle and issues a speeding ticket.

Speed limits displayed inside a red circle on overhead signs are legally enforceable. If no signs are displayed, the national speed limit applies to these areas of the motorway. Drivers caught by the system face fines of up to £2,500, based on income, and up to six points on their licence. Speeds over 90mph could lead to automatic disqualification.

“Smart motorways are the future and the means by which the authorities will regulate traffic flow – which means greater surveillance of drivers. As a consequence, drivers will have to be more attentive and aware of speed limits at all times. Lapses in concentration could cost them their licence or increase their risk profile with their employer,” said Brown.

Brown said that companies may need to look at the frequency of licence checking with the advent of increasing stretches of smart motorways to ensure that drivers still have the entitlement to drive and have not amassed too high levels of points or other convictions on their licences.

“We always advise our clients to look at the type of vehicle being driven and the nature of the driving. For example, with vocational driving where goods or passengers are being carried, our recommendation is in line with the Traffic Commissioner’s advice, which is to check licences four times a year,” he said.

“For high mileage drivers, we would also advocate four checks per annum because they are a higher risk category of drivers. For company car drivers where driving is part of their job, we would generally recommend carrying out at least two checks a year and, for more casual users once a year. Clearly, employers at all times should consider a risk-based approach to licence checking.

“Companies should not forget grey fleet drivers as well, especially as we are seeing a significant increase in the number of employees opting for cash allowances and using their own cars on company business due to increases in Benefit-in-Kind taxation.

“Grey fleet drivers should be checked as regularly as if they were company drivers, including  confirmation that they have the correct business class insurance which is often overlooked,” he added.

Licence Check works with many customers in the fleet, leasing and rental, transport and logistics and coach and bus markets, offering a wide range of licence checking services. The company recently expanded its range of services to include the Driver and Vehicle Information Solution brand, DAVIS, a cloud solution to help manage driver and vehicle fleet compliance including grey fleet management services.