Northside Is Mercedes-Benz Vans’ ‘Best Of The Best’ – Again! 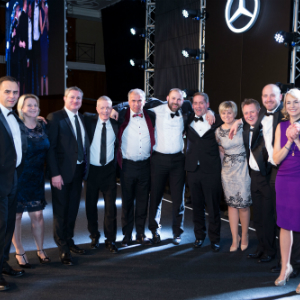 Northside Truck & Van has crowned another year of remarkable achievement by winning the coveted Mercedes-Benz Van Retailer of the Year title for the second time running.

Northside, which represents the manufacturer in Yorkshire and North Lincolnshire, claimed the main prize at the latest Mercedes-Benz Van Academy Awards, staged at the Celtic Manor Resort in Newport, South Wales.

The other big winner on the night was the Rygor Group, which operates from a dozen sites located across Berkshire, Gloucestershire, Oxfordshire, Warwickshire, West London, Wiltshire and Worcestershire. Rygor took the honours in no fewer than five of the 12 award categories, while also being short-listed for Retailer of the Year.

Both Dealers were among the first in the UK to secure accreditation as Mercedes-Benz Van ProCenters – this demanding standard of excellence requires best-in-class product presentation and availability, and assures customers of an unrivalled quality of care.

“Northside is a fantastic ambassador for our brand and its second consecutive Van Retailer of the Year award is richly deserved,” declared Steve. “Leigh’s team posted another set of stunning sales results in 2016, while Russ and his colleagues played their part in ensuring that businesses now running Mercedes-Benz vans will keep coming back to the three-pointed star by providing after sales back-up of the very highest quality.

“It was no surprise to me, given the enthusiasm and dedication of the company team, that Northside has again received the kind of positive customer feedback which would be the envy of any in our industry.”

Northside sold a record 5,282 new and used Mercedes-Benz Sprinter, Vito and Citan models in 2016. Retail customers running 25 vans or fewer were a key target and the Dealer achieved spectacular 31% growth in this market segment. Meanwhile, Northside also introduced hundreds of new customers to the Mercedes-Benz Vans brand, extending the number of different individuals and companies to whom it supplies vehicles by no less than 20%.

However, as Ben Sowersby confirmed: “The most significant platform for Northside’s phenomenal achievements over the last few years has been our unstinting and well-resourced commitment to the training and development of our people. A happy, well motivated and empowered workforce is crucial to the success of any business, and every member of our Van team has played a part in winning this latest award, which demonstrates our strength in depth across the board.”

The Rygor Group won the Van Academy awards for Sales Team, Retail Sales Team, Fleet Sales Team and Mercedes-Benz Finance Team, while Manager Adrian Neale, who leads its Reading team, collected the special prize presented by the manufacturer each year to the individual branch which provided the highest level of support to leading fleet customer DPD.

“What a great night for Rygor!” said Steve Bridge. “Not only did the Dealer group post an excellent set of results in all sales segments during 2016, but the success of its Reading branch in winning the DPD award also underlined the outstanding quality of its after sales service.”

Rob Thrift, Rygor Group Van Sales Manager, added: “Our commitment to customers and colleagues is that at Rygor we will always Set Standards, which is why I couldn’t be more happy and proud that we have been recognised in this way. As can be seen from the breadth of the awards we won, it took a real team effort to post such a fantastic result in 2016. I would like to thank every one of my colleagues for their contribution, as well as our customers for their continued loyalty and for choosing to work with us.” 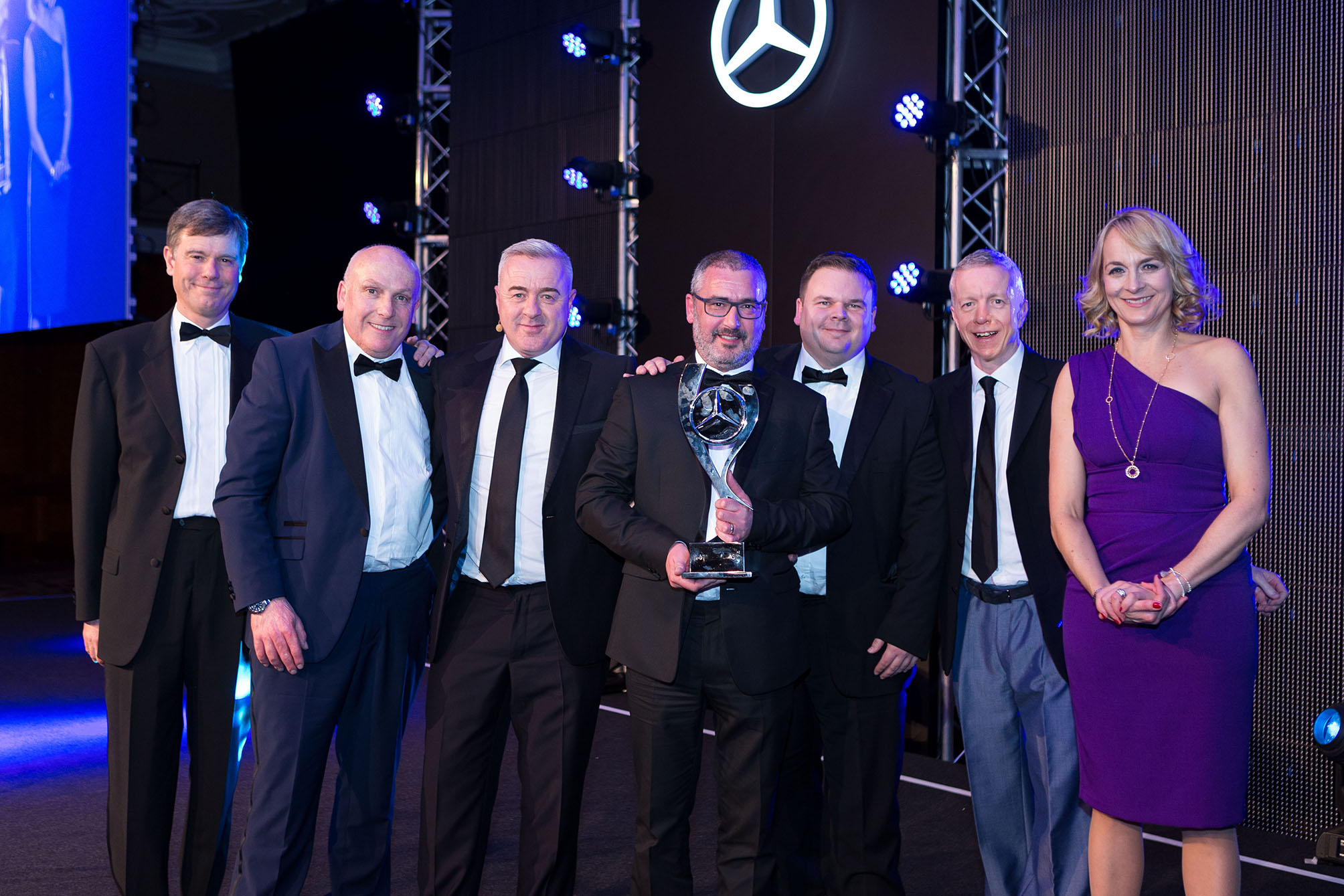