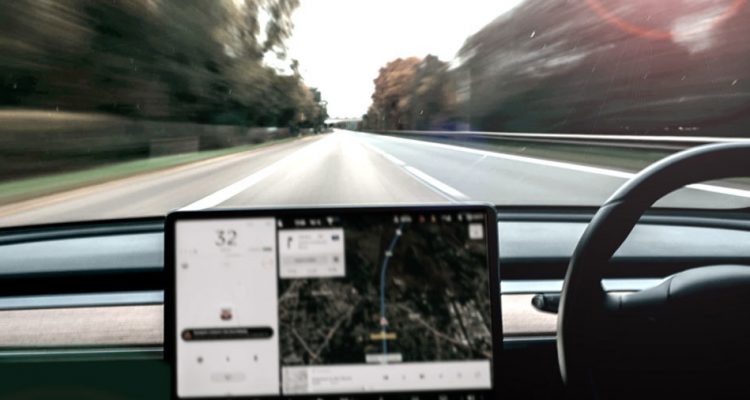 Self-driving revolution to arrive by 2025

The Government has unveiled plans for the widespread roll-out of self-driving vehicles on UK roads by 2025.

The proposals, announced on 19 August, aim to spark a ‘transport revolution’ by improving road safety and better connecting communities.

They have been launched alongside a public consultation, which seeks views on how self-driving vehicles can be ‘as safe as a competent and careful human driver’.

Transport secretary Grant Shapps, says the benefits of self-driving vehicles “have the potential to be huge”.

Some vehicles with self-driving features could be operating on motorways within the next year, under previously announced plans.

Users of these vehicles would still need a valid driving licence, so they can drive on other roads.

Under the new proposals, the Government expects vehicles capable of driving themselves ‘for the whole journey’ to be available by 2025 – and these would not need anyone onboard with a licence.

Examples cited include vehicles used for public transport or delivery. The Government press release mentions no details of self-driving cars available for personal use.

Grant Shapps said: “The benefits of self-driving vehicles have the potential to be huge. Not only can they improve people’s access to education and other vital services, but the industry itself can create tens of thousands of job opportunities throughout the country.

“Most importantly, they’re expected to make our roads safer by reducing the dangers of driver error in road collisions.”

The Government’s vision for self-driving vehicles is backed by a total of £100 million, including £34 million for research to support safety developments and inform more detailed legislation.

This could include researching the performance of self-driving cars in poor weather conditions and how they interact with pedestrians, other vehicles, and cyclists.

Meanwhile, a ‘safety ambition’ consultation for self-driving vehicles has been launched, looking at how this technology can be as safe as a competent and careful human driver.

This ambition would inform standards that vehicles need to meet to be allowed to ‘self-drive’ on the roads, and organisations, such as manufacturers, could face sanctions if standards are not met.

The new laws for the safe rollout of self-driving vehicles by 2025 will be brought forward when parliamentary time allows.

The legislation will build on existing laws, and state that manufacturers are responsible for the vehicle’s actions when self-driving, meaning a human driver would not be liable for incidents related to driving while the vehicle is in control of driving.

Grant Shapps added: “We want the UK to be at the forefront of developing and using this fantastic technology, and that is why we are investing millions in vital research into safety and setting the legislation to ensure we gain the full benefits that this technology promises.”

Earlier this year, the Government made changes to the Highway Code to pave the way for the first self-driving vehicles.

“We welcome the breadth of the Government’s ambition in positioning the UK as a centre for self-driving innovation, along with the safety-first approach it has laid out.

“Ensuring that safe adoption is at the centre of its plans will play a pivotal role in realising the societal benefits of self-driving technology.

“The cars we drive are changing at an unprecedented rate. But the automotive industry is still at the lower end of a steep learning curve. It’s vital that we balance the risk with the opportunity, gathering intelligence on the different use cases for the technology and in turn understanding what it means for all road users.

“All the ingredients are present for the UK to become a global leader in this space. However, it is paramount that we make sense of the data these vehicles will provide, to inform risk and ultimately pave the way for safe adoption.

“Any challenges encountered by vehicles with self-driving capability will be heavily scrutinised. Complete clarity around the driver’s legal responsibilities, along with how the technology is marketed, how the dealer describes systems when handing over the keys and how the self-driving system itself communicates with the driver, will play its part too.

“As such, collaboration between Government, regulators, carmakers and the insurance industry will be essential to creating a safe system for adoption and the age of humankind interacting with autonomous technology.”

Jay Chitnis – Senior Business Consultant, Endava: “The news that the human operator of an autonomous vehicle won’t be held liable for any incidents caused by the vehicle is both a welcome consideration from the UK government and one that will need to be carefully thought out and planned for. Any involvement from legislative bodies means that this exciting innovation has a bigger and better chance of being an accessible option on the UK roads. However, by transferring the risk to technologists, getting that element correct is absolutely crucial as we cannot be in a situation where we are creating multiple ‘trolley dilemmas’ over and over again on our roads.

“The hardest part of building the ‘code’ to underpin safe Autonomous vehicle software will be take into account the moral and ethical considerations as well as safety. Ensuring a non biased, politically agnostic and common sense approach to software construction will be paramount to creating software that allows responsibility of driving to sit with the technology alone. Systems must be cutting-edge and of the highest standard to allow for split second decisions that are not based simply on reducing claim size and decreasing the liability of manufacturers and insurers.

“The ongoing development and trials of autonomous vehicles provide a great opportunity for companies to marry technology with ethics and these considerations must be fully understood, and systems must be up-to-scratch as we plan for widespread adoption.

“It’s also important to realise that like all software, it is rare to get it right first time so approaching these projects with an agile mindset and building the technical rails to allow for flexible and efficient change management will ensure limited legacy and ultimate evolution!”