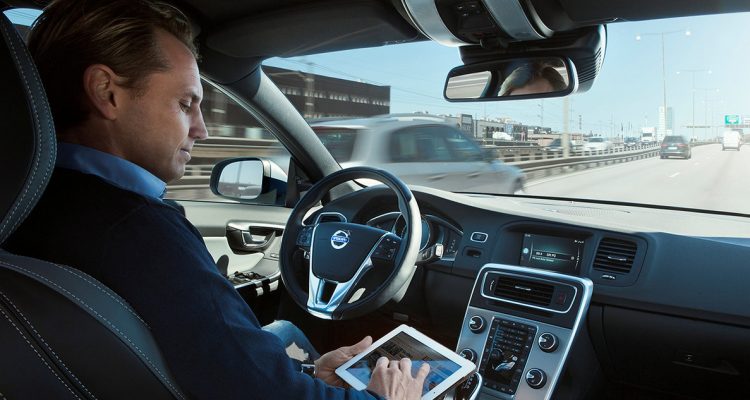 The Law Commission, an independent statutory body set up by Parliament to review the law in England and Wales, and the Scottish Law Commission have delivered a joint report on the safe introduction of autonomous vehicles to public roads.

The report, commissioned by the Centre for Connected and Autonomous Vehicles in 2018, recommends the introduction of a new Automated Vehicles Act, which the commission says should draw a clear distinction between driver assistance features, such as adaptive cruise control, and fully autonomous systems.

The key consequence of the new act would be that, when a car is authorised by a regulatory agency as having self-driving features and those features are in use, the person behind the wheel would no longer be responsible for how the car drives. Regulatory sanctions would instead be directed at the company that obtained the authorisation in the event of an accident, while the regulatory body could also face sanctions. 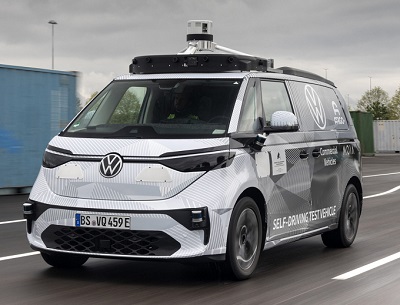 The individual in the driver’s seat would be described as a “user-in-charge” under the new law and would be immune from prosecution for accidents occurring as a result of the autonomous car’s driving. They would, however, retain responsibility for insurance, checking loads and ensuring passengers are wearing seatbelts.

“The driver can no longer be the principal focus of accountability for road safety,” say the commissions, in a situation where they are not in control of the vehicle themselves.

Some vehicles, such as those used for public transport, may be authorised to drive themselves without a user-in-charge, with occupants simply being classed as passengers. A licensed operator would take responsibility in this instance.

In addition, the Law Commission wants there to be new safeguards to stop driver-assistance features from being advertised as self-driving. Tesla has previously faced criticism for the branding of its “Autopilot” suite of such features and was labelled misleading by a court in Germany.

Transport minister Trudy Harrison said: “This Government has been encouraging development and deployment of these technologies to understand their benefits. However, we must ensure we have the right regulations in place, based upon safety and accountability, in order to build public confidence.”

“That’s why the department funded this independent report and I look forward to fully considering the recommendations and responding in due course.”

“What is less clear is when such technologies can be used on the road. The Department of Transport has already missed its 2021 ambitions to get trials of fully driverless cars on the roads, although there is now a trial under way in Milton Keynes which we will watch with interest.

“Meanwhile, there still remains a large level of scepticism amongst the driving public who are unconvinced that fully autonomous cars can co-exist alongside human drivers.”

Matthew Avery, chief research strategy officer at Thatcham Research, an organisation which was part of the consultation for the Law Commissions’ report comments:

“The transition to safe introduction of automation with self-driving capabilities is fraught with risk as we enter the early stages of adoption. Today’s report is a significant step, as it provides important legal recommendations and clarity for the safe deployment of vehicles with self-driving features onto the UK’s roads.

“In the next 12 months, we’re likely to see the first iterations of self-driving features on cars on UK roads. It’s significant that the Law Commission report highlights driver’s legal obligations and they understand that their vehicle is not yet fully self-driving. It has self-driving features that, in the near future, will be limited to motorway use at low speeds.

“The driver will need to be available to take back control at any time, won’t be permitted to sleep or use their mobile phones, the vehicle won’t be able to change lanes and if the driver does not take back control, when requested, it will stop in lane on the motorway. It is critical that early adopters understand these limitations and their legal obligations.

He continues: “To ensure clarity around system capabilities and responsibilities there must be a clear separation between Assisted Driving, where the car supports the driver, and self-driving capability, where the car is responsible for the entire driving task. As such, we applaud the recommendations that compel carmakers to use appropriate terminology when marketing these systems, to prevent motorists from becoming convinced that their car is fully self-driving, when it is not.”

“Strong, independent safety assurance to build societal confidence, working in tandem with fast-moving and clear regulation is also essential to facilitating consumer understanding and adoption. It’s therefore reassuring to see that safety assurance, along with clarity around the driver’s responsibilities and liability should a collision occur, are key tenets of the Law Commissions’ report.

“The Law Commissions recommends that there must be access to data to understand fault and liability when a crash does occur. This will ensure rapid and efficient compensation, and the data will also allow car makers to identify where and how self-driving features can be improved to enhance future safety

“The insurance industry and the ABI have been working with the Law Commissions for several years, and we fully. We look forward to continuing to work with car makers and the UK Government to ensure the safe deployment of vehicles with self-driving capability.”

Louis Rix, co-founder and COO of car finance platform CarFinance 247: “As reports emerge that users of self-driving cars won’t be held accountable in instances of law-breaking in their vehicles, it’s important to remember that road users must take responsibility for any offences that take place while driving. To remove legal responsibility from drivers would be to betray the laws of the road, which keep us all safe.

“The onus in the case of speeding, dangerous driving and running red lights has always been be on the person in charge of a vehicle. Though they may not technically be driving, users of self-driving cars are still responsible for their vehicle. The person in the driver’s seat should still be considered the ‘driver’ of the vehicle, no matter its self-automation capabilities.

“As for the hopes that this would build public confidence in self-driving technology, there’s an equal, if not stronger, chance that this optimism could swing entirely in the opposite direction. Many may believe that these developments leave them risk-free when using the roads in or with self-driving technology, but opinions will change when road users become victims of the offences that this report defends.”