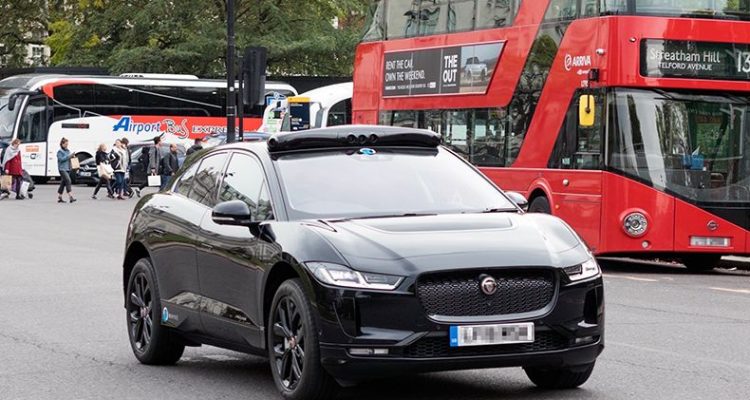 One small regulation change has altered the future of fleet mobility. The recent announcement by the UK government that will enable driverless vehicles to operate in a single lane, up to 37 mph will have huge ramifications when it comes to fleet operators. Whether it’s via a taxi booking service or a paratransit dispatch system, connected and autonomous vehicles open a world of possibilities.

According to the UK government, self-driving vehicles are set to be worth nearly £42 billion by 2035 and could create nearly 40,000 jobs on British soil. While autonomous vehicles have been around in their simplest forms since the early 2000’s, it feels like we’re about to see some real acceleration. For example, it was recently announced that Scotland will start testing a new self-driving bus that is set to become the UK’s first fully sized autonomous vehicle of its kind to take to the roads.

In England, trials of a new on-demand car-hailing service using remote-controlled driverless vehicles are now underway in Milton Keynes and planned to go fully live in the second half of 2022. This is just the tip of the iceberg with autonomous cars having the potential becoming synonymous with fleet owners and managers, particularly when you consider the potential challenges it can solve and benefits it could bring.

For a start, driverless vehicles can lead to huge improvements with fleet management. These vehicles could be an ideal solution for fleets with cars assigned to a single driver and parked for long periods during the day, that could otherwise be used for other business activities, thereby decreasing vehicle idle time. Similarly, because these vehicles will be fuelled by data (as well as electricity) it will create a positive feedback loop when it comes to driving efficiencies, identifying the best routes and avoiding bottlenecks – both of which will help cut down on emissions and improve air quality in towns and cities. 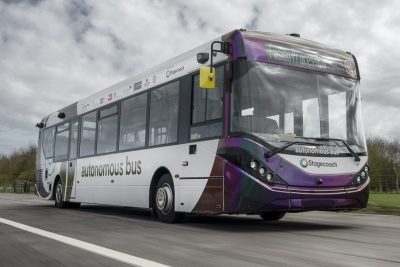 Of course, there is the question of money. Fleet operators need to see how viable autonomous vehicles are, notably in terms of whole life costs. Almost inevitably, the greater the amount of technology, the greater the cost. But, according to a 2017 study released by the Energy Information Administration in the US, while the initial cost of converting a fleet to autonomous technology could be high, the costs of operating that fleet will be lower. For example, fuel consumption is expected to decline by as much as 44 percent for passenger vehicles and 18 percent for trucks by 2050.

Driverless vehicles would essentially cut out many issues that fleets have with drivers, too. Particularly when it comes to driving efficiency and consistency. For example, many fleets in peak periods have to use agency drivers to fill gaps which increases risk due to a ‘needing the job done as opposed to following strict hiring guidelines’. Autonomous vehicles take this risk factor out. Similarly, data on human driver behaviour can be used in comparison to that of the driverless vehicle fleet. By reviewing the risks, incidents, bad habits, repetitive behaviors and so on, fleets can use one to inform the other to improve driving for both groups. This would potentially lead to cheaper insurance premiums, a reduction in accidents and a better quality of driver (or not) all around.

A 2016 study by the National Highway Transportation Safety Administration (NHTSA) in the US found that human error accounts for anywhere between 94% to 96% of all auto accidents. By reducing the amount of human drivers and the bad behaviors we are prone to like; using a mobile when driving, frustration, impatience and speeding, road safety will also be increased.

Fundamental to realising this future is the insurance industry. While it was lost in the media fanfare of being able to watch TV while ‘behind the wheel’, the main amendment to the legislation around driverless is that insurers will assume responsibility for any collisions that happen while a vehicle is in driverless mode. This is critical because, until now, it is arguably insurance that has clapped the brakes on the entire affair with driverless vehicles because of the difficulties in apportioning blame. Now the insurance sector has the incentive to change in a way that imparts action to get this area of automation moving for every vehicle – no pun intended. Doing so will require a more flexible approach to risk and democratisation of pricing of this risk to support autonomous driving.

Vehicles are now sharing data like never before, with connectivity of cars being a standard on most new vehicles. Data is being streamed in real-time and is accessible either directly from the vehicle manufacturers or service abstractions on top of these companies. But data only has value with an insurer’s ability to harvest the information and apply it to pricing models. Autonomous vehicles are all about real-time information and, as such, insurers that are able to support these products require a platform in place that can not only absorb that information, but quickly and efficiently use it as a pricing metric.

Investing in data will allow new factors for modeling risk. These could be as simple as ‘is a safety feature turned on?’ or ‘are the seatbelts plugged in?’, all the way through to the percentage of time autonomous driving mode is being used. Understanding when an autonomous mode is activated is the first major step in understanding the risk reduction associated with it but this means insurers require a platform capable of capturing and interpreting the data, which is being held back in many instances by slow, inflexible legacy platforms that stymie the creation and implementation of new product lines and policies.

Of course, this is not a one-way street to success and with the technology at such an embryonic stage, we’re going to see a stuttering in its progress. Failures or accidents will happen but how they are dealt with, and improved upon, will be key to driving driverless forward.