The Government has been urged to revise plans to permit the use of Automated Lane Keeping Systems (ALKS) because the technology will ‘put lives at risk’. 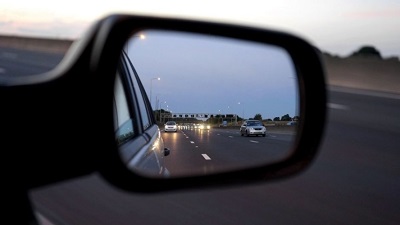 In August, the Government launched a call for evidence into use of ALKS – an automated system that is capable of taking control of a vehicle travelling at low speed on a motorway.

When activated, ALKS keeps a vehicle within its lane, controlling movements for extended periods of time without the driver needing to do anything. The driver must be ready and able to resume driving control when prompted by the vehicle.

However, Thatcham Research and the Association of British Insurers (ABI) warn that the technology has ‘significant performance limitations’.

In tests carried out by Thatcham Research, ALKS only met two of 12 key principles to guarantee safety – and it emerged that the system may not detect a pedestrian encroaching onto the road. Other concerns include how ALKS deals with debris on the road and motorway lane closures.

Thatcham and the ABI say ALKS should be classified as assisted driving technology – or the Government should wait until the technology is fully ready to allow safe automated driving.

“Motorists could feasibly watch television in their car from early next year because they believe their ALKS can be completely trusted to do the job of a human driver.

“But that’s not the reality. The limitations of the technology mean it should be classified as assisted driving because the driver must be engaged, ready to take over.”

James Dalton, ABI director, general insurance policy, said: “The insurance industry is 100% committed to supporting the development of automated vehicles, which have the potential to dramatically improve road safety and revolutionise our transport systems.

“Vehicles equipped with an automated lane-keeping system are a great step towards developing automated vehicles.

“However, drivers must not be given unrealistic expectations about a system’s capability. Thatcham Research has identified some concerning scenarios where ALKS may not operate safely without the driver intervening.

“We strongly believe the timings for the introduction of ALKS should be revised to prevent lives being put at risk.”

It is anticipated ALKS could be legalised in the UK from spring 2021.