Rear end collisions fell by a drastic 27% last year, according to analysis by AX of its latest accident data. 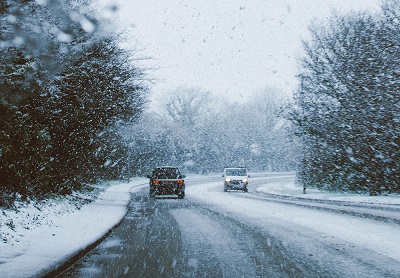 Although the pandemic meant the overall number of collisions fell, the share of cars damaged by being ‘Hit in rear’ fell 5.6%, making up just 24.7% of all accidents handled by AX.

This resulted in ‘Hit whilst parked’ becoming the most common type of collision, accounting for nearly a third of the total, perhaps due to many vehicles spending more time parked up.

Although fewer journeys were made last year, AX believes safety technology such as automatic emergency braking (now equipped as standard on most new vehicles), could have played a part in reducing rear end collisions.

With millions of people working from home since the outbreak of COVID-19, AX’s data showed a shift in the peak time of day for accidents to occur.
The analysis by the accident aftercare provider also revealed how the pandemic has impacted when collisions have occurred throughout 2020.

Usually, the evening commute between 17:00 and 18:00 experiences the highest accident rate, but last year the peak shifted to the school run rush hour between 15:00 and 16:00. Although many offices were closed throughout the pandemic, schools remained open from September until Christmas.

Scott Hamilton-Cooper, Director of Sales and Operations at AX, said “It’s fascinating to see how the pandemic has impacted how and when collisions occur. For instance, our data shows a definite shift of incidents to early and mid-afternoon from the typical morning rush hour.

“Ordinarily, our data would show that November to March is when the greatest number of accidents occur – when the days are shorter, there’s more rainfall and, at times, wintery conditions can make the roads treacherous.

“However, the result of two national lockdowns, in addition to a change in vehicle congestion levels during this period, means our data will paint a very different picture this winter.”